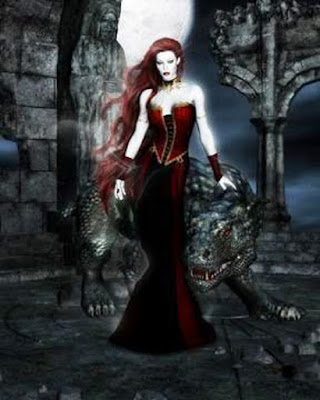 Excerpt from The Fourth Bride (of Dracula).
It is Dia's wedding night. Dracula is the groom but she is to love the other brides as well...

“Yes, little one. You must sleep, and you shall. And you will dream.”

And so I did. I dreamt I heard soft murmurs all around me. It was not unpleasant for I was reminded of fairy tales and magical legends. I heard singing too; the sound of sirens perhaps. The songs were haunting, sad and beautiful all at once.

I saw three figures in the shadows. I reached out to touch them in my dream, and they came forward.

Something cool yet comforting touched my lips. I opened my eyes to see a graceful hand lingering there. A woman was smiling at me. She leaned over and kissed me on the lips. And although her lips were icy, it was pleasing.

She didn’t reply, she only took my hand in her cold one and kissed it. “ Dia...”

“The master told us.”

I was suddenly aware of other voices. Voices that answered in perfect unison. “The master,” they repeated until it sounded like a chant.

Then, in the soft glow of candlelight, I saw three women. They were strangely beautiful, garbed in long flowing white gowns. Suddenly they began to float up toward the bed ever so slowly, their fingers reaching out toward me as they called, “Sister.”

Were they ghosts or spirits from another world? Before I could ponder that question any longer, they began sweeping over me. I was frightened but thrilled at the same time, for there seemed about them the promise of joy and untold pleasure.

Their icy hands sought the top of my night gown, which they peeled away until I was naked. First one reached over and then the other two, each of them touching me.

A soft sigh sounded in my ears as cool lips touched my neck.

I moaned as the hands continued to sweep over me. Gentle yet persistent fingers probed my secret places—places previously unexplored—caressing and invading my body.

Lips replaced fingers. Icy lips, blue with undeath but soon to be reddened with life, my life—but I did not know then, that would be one of my very first lessons.

I felt two at my neck and one at my breast. Then I felt something sharp stab into flesh and nearly cried out but fell silent. For there by the fire stood a man. I could only make out that he was tall and slender. He moved toward the bed. Not to help me but to watch...!

At last I knew I was not dreaming. There were three women touching me and whispering as they did.

Once again I felt their teeth upon my flesh. “We drink you and love you...”

It was only painful for a moment for when one bit me, another caressed me. And so it went on like that for an eternity it seemed.

I drifted away then, retreating into a warm place full of shadows, a netherworld so near the living one. How I wished to remain there.

In my mind I saw myself covered by three female figures and a male as well. I opened my eyes to see Dracula’s own burning like two red coals. I saw in their depths a new world I would soon be entering.

I watched as his mouth sought my neck and then my breasts. I felt the sharp sting of his teeth and the pressure of his suckling and drawing out of my blood. Yet, it was pleasurable and I wished him to do whatever he liked. There had never been a greater pleasure than this for me. I cried out in ecstasy.

After he fed he pulled away and in the semi dark I saw my blood on him. . “Beloved!” he cried.

“Now you shall drink from me, for it is our wedding. I watched as he slit open his chest. “Drink and you shall never know death.”

I was thirsty and lapped it up. There was no wine sweeter than this; his own ruby port.

As I swallowed, I saw images of a life...a boy becoming a man. I saw battles and bloodshed, joy and sorrow. In the light and darkness of the visions appeared faces of creatures I could not identify. And then I saw the sisters calling out to me.

At first I thought I was still dreaming, but then I smelled their blood. “Sister, you are one of us now,” they said in unison.

I watched as they bent over me, each taking a part of me as though I were a feast set before them.
“They drink from your fountain for you are the new covenant. You are ours now and forever,” Dracula said.

The night was endless it seemed, and if there was pain, that pain would soon disappear and have pleasure replace it. Fathomless pleasure, the joy unending, for this was the beginning of the ritual of the blood.

I felt him mount me then. His eyes swept over my body before he took me in sight of the sisters, those who I would soon call the brides.

It was sometime later that I heard them whisper. “Dawn is breaking. Let us take her to the crypt.”

This excerpt if from The Fourth Bride 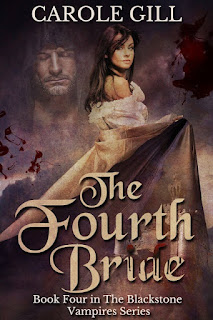 it is book 4 in The Blackstone Vampires Series.

It can be read as a standalone. It is included in the box set for $4.99 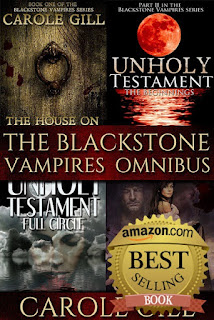