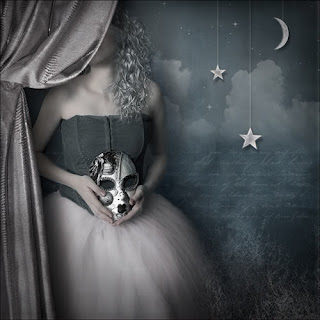 Bathory, now a vampire, remembers the first 'entertainments' her creator and lover, Anton held for her. This is an excerpt of one such occasion.

"What a gathering it was. There was music, too. The musicians were dressed in ﬁnery, and they, too, were vampiric. Then, when it came time for the celebrations, human men and women came forward. They kissed all of the coven members. Then, they undressed.

When they were naked, they were swarmed as the vampires began to feed from them. It was arousing to see. I was quite excited by it all and wished to partake. That is when you said the important thing is not to drain the human supplicants... you stared at me a rather long time when you spoke those words. I took it to be an admonition of my living life, which you were justiﬁed to make.

A number of females greeted me afterward, many looking longingly at you. I knew they were your lovers and wondered if they always would be. I soon had my answer for the revelry lasted four days. More feeds and worship, as you explained it. “Worship is the act between individuals of our species. Whatever their sex, they feed and copulate, sometimes at the same time. Such things are never wrong for our kind, my love.”

With that, you brought a dark girl toward me. I know her now as Lucerne. She called me to her. “I am an offering for your enjoyment,” she said as she disrobed, revealing an exquisite body. She was vampiric, yet I was worried. What if I fell into a jealous rage and drained her deliberately? I would have to subdue such feelings..." 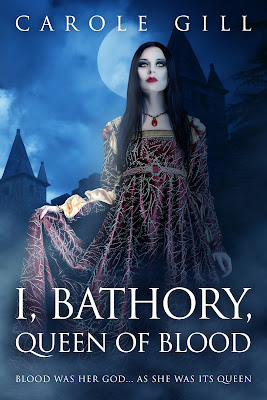 A MONSTER IN LIFE, A VAMPIRE IN DEATH

The story of the infamous Blood Countess, Erzsebet Bathory, a sexual sadist and predator. She bathed in blood because she thought it would keep her from aging. Her name was not to be spoken for a 100 years after her death.

- 5 stars "A blood-soaked rendition of the fictional life of a real-life multiple murderer, history's 'Countess Dracula'"

Email ThisBlogThis!Share to TwitterShare to FacebookShare to Pinterest
Labels: Bathory Queen of Blood, feeding, I, vampires