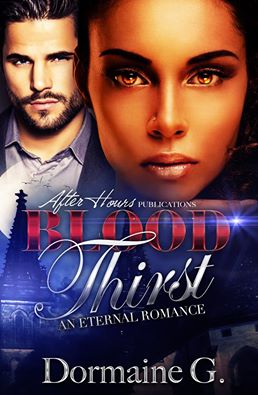 Octavia, a human, appeared into this world with a mysterious past unknown to even her. Victor a cultured man of influential prestige was born a savage vampire. They should have never been but their attraction was so profound neither could deny their love.

“Tell me to stop and I will.” He came to stand in front of her after hearing no more words of resistance cross her lips.

In a split second, he wished he could sire her and take her for his own. He wanted to tell her everything. This world, his world, about vampires, but he could not.

Victor gripped her face within his palms. “I cannot let you go. I will not,” he exhaled, caressing her lips. “But if you want me to, I will leave you be. Forever…”

“This is madness…” Octavia gazed up at him speechless. She tried to resist him, but the words of refute would not flow.

He would never let her go. 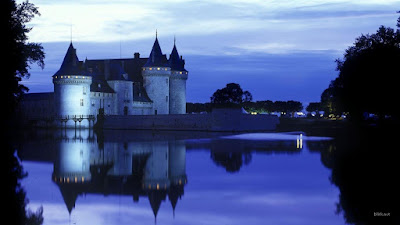 Dormaine was born in Long Island, New York where she lived most of her life. As an adult she liked to travel out of the country, though her favorite places to explore were her fantasy worlds as an author. She may be a nurse by profession but her heart has always belonged to writing. As a young child she spent many Saturdays in the library nurturing her love for books. There she discovered her fascination for the paranormal genre through reading and watching movies.

After many years of working in hospitals and travel nursing, she took time off to pursue a career in writing where she likes to push the limits of the imagination and delve into the world of the unknown. With eight books published so far, in her office is where she spends hours, at a time, spinning more tales about the supernatural world.

Dormaine is available for speaking engagements, interviews, and appearances. She is also happy to speak to reading and writing groups via telephone.