Bathory was probably a snob both alive and undead. That was the least of what she was! With regard to her  immortal friends, those vampire 'buddies' of hers, some looked like what they really were, That was the reason there were so many masked balls!


Excerpt;
"Lucerne came from a noble family. In fact, you told me most vampires did. Vampirism had grown steadily in France since early medieval times. You showed me a book, one of hundreds in your library. I had never seen such a collection of books and atlases. You said that the returning Crusaders brought vampires back with them. Some were taken as curiosities to be exhibited.

“No one considered the ramiﬁcations of it then, but when there began to be an interaction between both species, that was something that would have grave consequences.” You were by far the most intelligent person I had ever known. I was enthralled by you. You knew this. You knew also that I would ﬁnd the sexual proclivity of the vampire, its natural wantonness and need for sex and feeding, to be perfect for me. I remember thinking I was in my element.

Those early days and nights of my turning were ﬁlled with blood lust and passion, feeds and sex. But, in truth, after a while, I wanted only you, my love. That is how I had been changed. Of course, we both know that did not last. Still, I am sorry I corrupted you, for I know I did. Or did you wish it? Let me continue on; perhaps the answer will be forthcoming.

I remember being pleased when Jacques said he wished to speak with me. He was your greatest friend, as well as your creator. “I am like his father for I gave him unlife. That is a kind of living.”

We spoke of so much while you slept. He told me of his living life in ancient times and of love affairs, too. I could tell he was choosing his words carefully, for he did not wish to be offensive. Funny, don’t you think? I found I quite preferred him speaking of you.

When he told me you had saved him as much as he had saved you, I wept. “Sometimes, that is how it is, one vampire saving another. The living call it kismet. I think of it as a gift of the blood. A vampire’s existence is not an easy one,” he admitted. “Most of us tire of our existence. And when we do, if we are fortunate, we ﬁnd a reason to go on.” He said he had because of you. “When I created Anton, I had to help him in his new world and in turn, this helped me as well.” As he spoke, I wondered what he knew of me. But then he confessed he had quite some knowledge. “I knew because Anton said where he was going and why.”

I turned away, for I could not face him. “No, you must accept it all, Countess. It is your fate. There is nothing to be done about it. Perhaps your transition will be more to your liking...”

Than the blood monster you were in life, I ﬁnished it for him in my mind... 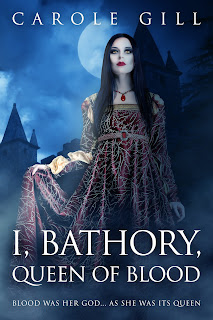