Pliny's owner thought he looked younger than he was, when in fact, he looked older. He was the kind of man that spoke as though he was inundated with friends when he wasn't. Christmas for him was a frozen turkey dinner and the television.

He did a lot of compensating behavior. Psychological compensation comes in handy when people feel worthless. They write copious letters to newspaper editors, they haunt message boards, write critiques and seek to get their opinions out far and wide on a great many subjects. It gives them something to do and they don't feel as lonely or sad. Perfectly understandable the cat thought. More about him in a moment.

The cat owner's relatives didn't even like their relative as they considered him odd and fractious which he was. Even the cat, a very tolerant and loving cat, it has to be said, was tired of his company. Sometimes Pliny thought of running away, of being let out and not coming back. He had already sized up the neighborhood in that regard and knew very well, he'd find a far more suitable home.

It wasn't that his human was mean, it was just that Pliny had begun to hate the very sight of him. Big oversized glasses, a smile which didn't seem to fit his face and a three room apartment that was too dark and claustrophobic. Small places crammed with too much furniture and one cat toy was not cat nirvana as far as Pliny was concerned.

At least the human went to work every day. Pliny loved that. He'd have the entire day to himself to tear out the last page of whatever book the human was reading.

Pliny could hardly wait for the man to get to the end of his book and then explode. "You've done it again! Now, I won't be able to put up my book review!"

Like anyone cares, Pliny thought. What a pompous, self important poor excuse for a human being! Even mice were better company, especially if one lets them live!

Pliny's name suited him because he was named after a Roman historian--well one of them anyway, either Pliny the Elder or Pliny the Younger.

It was shortly before Halloween when the big cat appeared. This cat was scary. Pliny had never been frightened before but he was now. He had been curled up on the sofa, he always pulled that stupid plastic off. What's His Face got a big kick out of it, too. "You are an amazing cat! However did you manage to pull that off?"

Pliny just stared him down and turned his bottom toward him--and sauntered off. Cats were far more clever than often given credit for being. All cats knew that and some people, too. The really nice cats had doggie friends that they never looked down upon or spoke about maliciously to other cats or gloated that they were at least as smart.

Pliny had a doggie friend, Oscar, a shaggy nervous dog whose owner had decided to keep chickens. Poor dog hated those damned chickens because they terrorized him. He could have easily killed them but he wasn't like that, so instead he just ran away and tried to manage. Eventually, he was taken in by a nice old woman that lived across the street from Pliny's apartment. Yes, that was how Pliny thought of the place.

To make a long story a bit shorter, as this is a flash account of Pliny and the scary cat, really--one day Oscar brought over his good friend, Hecuba. She was sleek and beautiful but her eyes were strange. They were startling amber and if peered into too long, they seemed to do something to the gazer! 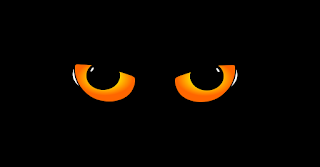 It happened a few times with Pliny. He felt he had no will of his own.

It had to be around Halloween that Pliny's life changed. Pliny had no recollection of Oscar or Hecuba or his human--it was like a dream. Something dark and horrible. The screams were the worst. Awful shrieks they were and hissing too.

Pliny was frightened. And when he felt himself being forcibly nudged away and ordered to move, he was shocked. That was because he opened his eyes and saw the mutilated remains of his human. He was no longer recognizable as a human! All that remained were his big eye glasses and part of one white loafer. And the blood!

No matter how often he asked, he never received an answer. Oscar at least said he shouldn't worry about it. "It won't bring him back."

The three of them left then. It was Oscar's idea. "Hecuba," Oscar smiled, "Since you enjoyed that so much, how about I take you to my former owner. After you get through with her, there are those damned chickens..." 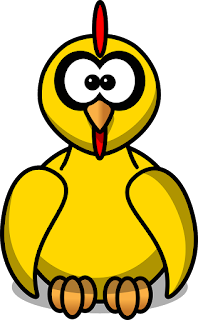