An Ode to Trolls

It was ugly and it stank. It had green skin and scales. That’s what it really looked like unless it morphed into its disguise. It had a number of different ways it could look, each of them human- looking and pleasant. The stench also magically vanished when it altered its appearance.

It liked to leave product reviews. Any product, it didn’t matter. Books, films, washing machines, cures for hemorrhoid preparations, boils, fecal vomiting and the like.

It suffered from a number of such complaints and had done ever since childhood. Now it was a fully grown troll.

It hadn’t yet had sex with a female troll or any other kind of girl monster. It had summoned up enough courage to ask a human chick out on a date but it had its disguise on. Still, it was refused.

Oh that hurt! Trolls have feelings, too you know!

Hurrying back to the sewer it called home, it felt inspired. It felt powerful, sexy—masterful. It knew it was imbued with the stink wisdom that trolls learn as children.

Oh! Sure! There is the Bastard Troll Book of Wisdom. And child trolls study it as do some adult ones.

Compensate for feelings of inadequacy! Go forth and give negative one or two-word reviews on products! Get into it!

Still, it came to pass that the Great Troll of the North began to spot opportunities where all the stinky, untalented trolls could make themselves known. Spout! Spout! And be heard!

And lo and behold they became as one. One voice, one desire, one troll!

Trolls are everywhere! They are because the world has need of their negativity, their stupidity and their rottenness and if you find one, befriend it. Just try and stand downwind from it.

Ask and the trolls shall answer!

For wherever there is ignorance, spite, malice, jealousy, vindictiveness, there you will find he, that is the embodiment of all negative crap.

Email ThisBlogThis!Share to TwitterShare to FacebookShare to Pinterest
Labels: trolls

Just thought of this post! I commented to a friend on Facebook about Goofy and thought of this.
Disney's cartoon characters are really based on human nature--our short comings and so forth!

Goofy is how we feel sometimes. Who hasn't felt like that in a social situation at some time in their life? A party perhaps where you feel out of place? Out on a date and perhaps feel outclassed? 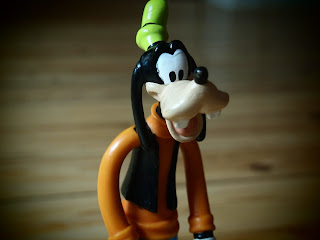 Donald Duck is us wanting a raise and being afraid to ask for it. He's a frustrated version of the average person who got shoved out of line, got shoddy goods they won't take back or refund or maybe he's the guy who got dumped and is frustrated because, say, Daisy moved away and left no forwarding address! 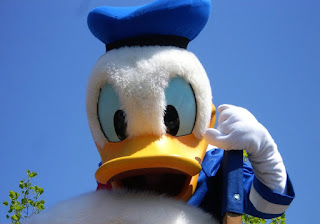 Mickey is the teacher's favorite. Mickey is how our parents wanted us to be. In my childhood I felt I alternated between Donald and Goofy. Mickey was to be admired. Somehow he was more perfect than I thought I was. 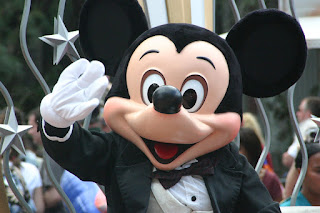 If you have a dog, you know Pluto inside and out. Pluto is everybody's dog! He just is.

When I get a rejection with regard to a submission, I've been Donald Duck, when I come to terms with it, I'm Mickey Mouse and when I get a bad review I'm Goofy!

So there you go! I think Disney was brilliant. He had genuine beings in those characters. Funny cartoon characters that people could identify with! Truly!
Posted by carole gill at 2:51 PM No comments:

VAMPIRE SALONS WERE QUITE THE RAGE! 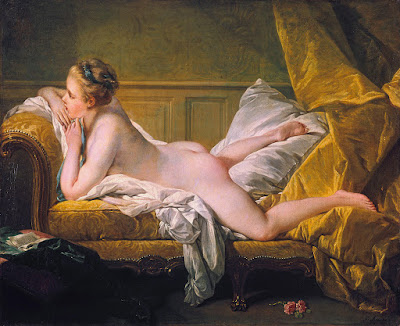 Countess Erzsebet Bathory was a sexual sadist and mass murderer in 16th Century Hungary. She was vicious. She is said to have killed upwards of 200 serving girls. Unfortunately she believed, despite being well-educated, that blood was the elixir to youth. This novel of mine asks the question, what if she became immortal and lived on!
Excerpt:

Salons were quite the thing and vampire salons were even more popular! More recollections now of vampires behaving badly or behaving as vampires!

"Time passed easily for us. We had a home and friends. It was a comfortable feeling. We attended parties and soirees. Jacques invited us to his biggest event of the year, just before All Soul’s Day—a kind of vampiric Halloween for us. Things did get out of hand, which was not something completely unexpected. But, it was not as wild as it could have been.

We didn’t change partners. Although Jacques asked to watch us while we fed and copulated. I have to admit it was exciting, feeding in our sensual way. And when he came over and began to fondle me as I fed, I was pleased that you didn’t stop him. I did think, rightly as it proved, that you’d give him privileges. He was such a good friend to us both now and he’d advanced so much money we were able to enjoy a rich undead existence.

Of course, things always turn out differently than one thinks, for soon, we had him in our bed on a regular basis. The bad thing happened, though I wouldn’t have guessed, when he began to bring that young singer, Pauline, around. That’s when I feared I would fall back to my monstrous ways. You see, I felt jealous of her—of her beauty and her creamy skin. I was jealous even watching Jacques feed. And when you asked if you might join in and I agreed, I wanted to destroy you! I thought you’d guess, but you didn’t.

I did manage to keep myself under control until, one night, Pauline annoyed me. I had watched her brush her long hair and the look on both your and Jacques’ faces made me furious. As strong as you both are, neither of you could pull me off as I drained her. She was gone in moments, her skin white as human death and as cold as stone. And even in that state, there was a beauty to her, so perfect were her features.

You tore at my hair and beat me. This was the ﬁrst time you raised your hand to me. You called me a beast and I laughed, although I agreed. Our ﬁghting went on for what seemed like ages. All this while Jacques wailed for his human. He’d had real feelings for her, so he raised her right there. I was shocked; for some stupid reason, I didn’t think he would. After she was turned, she was different for now, she’d become a voracious vampire. “I am glad you did this for I have wished it for a long time,” she said. I ran from the room, down the halls. The fact that you didn’t rush after me bothered me. That was why I grabbed the ﬁrst vampire I saw. That young boy called Marco..."


I'm hooked on Carole Gill!! I prefer more details about a Vampires life, knowing they're Satan's creatures, and love that this author portrays them as they are!!! Intense read and that there's real history in a her novels, makes it even more interesting!! If you're offended by language, sex, bondage, and savagery, look to the Chic lit on the paranormal!!! Carole Gill is phenomenal!!!!" 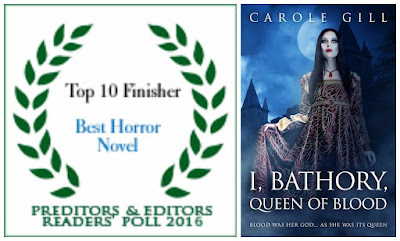 AMAZON
Posted by carole gill at 10:56 AM No comments: