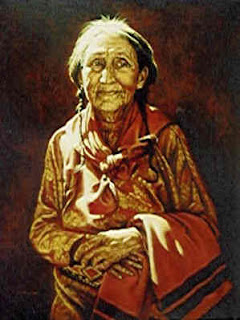 Here we go! The first of the Toxic Fairy Tales!


IT DOESN’T MATTER IF YOU WIN OR LOSE, ONLY THAT YOU TRY!

Goody Jones was one card short of a deck. In an age that didn’t look fondly upon people who were different, poor old Goody stood out. And that was before she started with the platitudes.
If she was barely tolerated previously, when she began giving out little pieces of paper with writing on them, she was singled out for abuse.

At first the angry backlash consisted of just annoyed mutterings from fellow townsfolk but then it escalated.

Poor Goody never noticed. The sad thing was all she wanted was to help folk.

She got it into her head to try and help as many of her neighbors as she could. She saw many things wrong in her little village of Sicknee, just outside of Filey in North Yorkshire. And because, though, as off the wall as she was, she thought she could help people, she began writing out those ‘clever sayings’ she heard about. You know the ones, about horrific events making you stronger. As in what doesn't kill you, makes you stronger!

Yeah those! Annoying buggers of advice thought of by people who are put on this earth to drive most of the population mad.

Sadly, Goody had a head start. As she thought the people would benefit from what she saw as wisdom.

When the butcher lost his wife and his business, she handed him one of her notes. It said: Good things come to those who wait.

The butcher fell into a rage and ran after her screaming. Venting. Venting didn’t help but he was arrested and fined for disturbing the peace. That got him angrier. Goody saw that and wrote out another one of her clever sayings. This was: forgive and forget.

She handed it to him herself right through the prison bars. Actually, he let it fall to the floor. But then curiosity, though not killing him or the cat, got the better of him and he read it. When the silliness of the advice sank in, he screamed. He was lashed for screaming while in custody.

When he threatened to kill Goody Jones by filleting her, she left another sayings for him. It said: God had a plan for him.

Butcher Mills died right on the spot, while the little scribbled paper, blew away.

It came to rest at the feet of a guard who picked it up. He liked the advice and went home to tell his wife who was sitting outside their burnt-out cottage. Their humble abode was no more. The guard thought the advice might help his wife but she attacked him, hissing like a cat.

Their children began screaming because they never saw their father’s face bleed like that.

Gradually, the inhabitants of the village became more hostile to the old woman and decided to murder the stupid old bitch.

A lynch mob was formed and poor old Goody Jones was dragged from her little hovel.
She pleaded for her life but was told her time was up and when it’s up it’s up.

YOU’RE IN A BETTER PLACE.