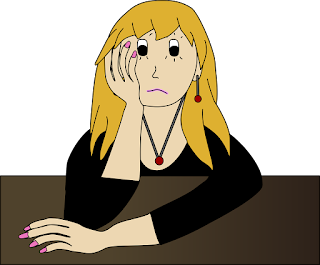 From the journal of Miss X:

The world has changed so much or so they say, personally from what I've read I think it hasn't really, it's just put into law that which was almost law.

A series of so-called humane laws were passed one of which was the prohibition of widows in society. No one liked them, no one wanted them around. They served no purpose. So, like the legislation that ensured couples would only be permitted to exist, this law was added.

It was a harsh society of course in this respect, because it was based on various social cleansings. The Committee ran everything. They said they loved everyone and they thought everyone was great but clearly, this wasn't so.

There were edicts that they passed that were supposed to be helpful like the Social Question Guidance Guidelines. These ensured a set fine of $4000 Orwellians charged to anyone that asked something different from the accepted 'people questions.'  In other words, a question that ensured a further response from the questionee was illegal. And a question that was deemed to be of a compassionate nature was greatly discouraged.

They said most inhabitants of Happy World were happy. Naturally this wasn't the case. There was rampant dissatisfaction and resentment. There was great mourning too, for people that were executed by the state for social sins like being widowed.

What did happen was a growing number of underground rebels, intent on developing a more humane society began to appear.  That secret organization grows daily. I know, I am in it. This entry comes from my journal which I keep locked away with my favorite banned books, most of which have been written by people who were the first to be purged. All those self-help, can-do books. The ones that counselled people and helped them.

Do I feel hopeful about the future? That's a stumper. Will have to see what Committee members come out with after the Revised Happy People, Happy Couple Legislation is passed early next year.

Meanwhile I'll go back to reading Thomas Paine and the Rights of Man. I feel it is a given that he meant women, too!