Another confession by the demon, Eco 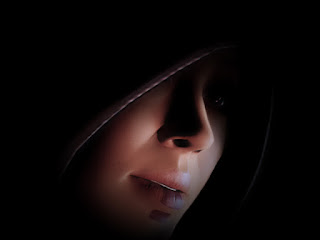 Eco, a demon reveals yet another confession. This one about a black mass at a ruined abbey.

"The sabbat  was held in a ruined abbey, one of those sacked on the orders of Henry VIII. Hundreds of monasteries had been ravaged for their wealth; the excuse being it was for religious reformation when in fact the old boy wished to rid himself of a wife and take another.

Those doing the sacking were rewarded with the spoils. Ah yes, many a great house owes its very existence to those abbeys, for they are built with the very stone that encased those former holy walls.
Once again, we travelled by riverboat as it was not far from where we had gathered the previous night. The boatman, I realized, knew Eve for he seemed taken with her.

She for her part was aloof but I think that was more to impress me. If she thought I’d ever think her prim, she couldn’t have been more wrong.

As for our sojourn, there were fewer boats that night because of the weather. It rained and we laughed about it being our baptismal.

We came ashore near the village of Mereton. It was typical of villages back then; just a cluster of thatched cottages and a church. Few people were about—only the smithy looked to be working.

“It’s just beyond the church,” Eve said, pointing toward a copse of trees. I was not surprised as most ruined abbeys and chapels are often near the newer houses of Christian worship.

It was growing dark when we saw the structure with flickering light from within and figures moving about.

If I expected to see an abbey, albeit a ruined one, I did not see one. I saw instead a shell of something that looked nearly shapeless owing to the fact that it had been raided so many times.

“There is a back to it, a garden of sorts where the summoning shall take place.”

As we neared the ruin, several hooded figures rushed toward us, as if to challenge us, but Eve spoke to them and they stood aside to let us pass.

We were led to the entrance, which was little more than a breach in the ruined walls; walls and nothing else. We found ourselves in a courtyard of sorts.

“This is the garden?”

Eve nodded, not quite getting my sarcasm.

I have to say it was quite dramatic really, what with the vast open space and hooded figures, each of them holding a candle.

They were chanting too, singing in voices so low, I could not make out one word. They moved toward us and Eve whispered, “It will begin now.”

One of them approached us. Though she was hooded, I could see she was a woman. “Enter the domain of his Satanic Majesty and take ye the fruits of his love!”

Eve said we were to walk to the altar then. I hadn’t seen it before, but now I did as the celebrants stepped back from it. As soon as they did, we began to hear the cry of children.

Eve whispered. “They are the offerings. It is how it must be. It is his command.”

I had no doubt it was.

It began at once with chanting and singing in strident voices. I recognized the chants as Latin sung backwards. This was a Black Mass in the fullest sense. 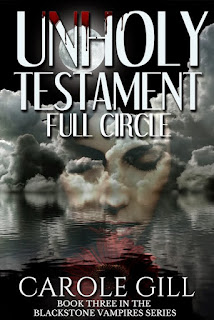 Dark and gruesome equates to beauty
HISTORY, ROMANCE AND MYSTERY

This being the third book in the series still has me wanting more! It's like watching a scary movie. Better than the first two!
BJ GASKILL

The ending left me with my mouth hanging open it was so surprising.
NANCY ALLEN, AVID READER 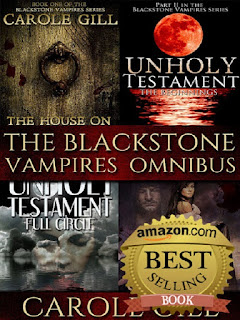