99 cents till Sunday! Excerpt: The Freakshow! 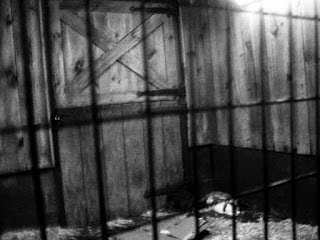 You're a captured vampire. You do what they tell you to do. Being destroyed is not fun. You know this. Excerpt of Justine having to cope in a freak show where the audience want to watch vampires  feed among other things.


"I was led into a cage along with some others. When I asked what was going to happen I didn’t receive an answer. I had no choice but to wait. The door opened some time later and a man was thrown inside, he was half conscious. It was clear he had already been fed upon. I realized what they wished us to do! We were to feed on this pathetic man for a show!

What vampire didn’t feed on human blood? I certainly had, yet I didn’t wish to do it now, not like this. This was for prurient interest. We fed because we required blood and human blood was best, but we didn’t have to drain the person. That was up to each vampire and because of all that happened to me, I was at the point where I no longer wished to kill any living thing!

I looked around for an opportunity to escape. Another female whispered. “They will bring you down before you know it.”

I wondered if that wouldn’t be better, if I wouldn’t prefer that. I think she realized. “Feed, feed a little just to show you are obeying.”

That seemed a reasonable suggestion. Down I sank onto my knees. As I bent toward my victim, he looked at me. Then he closed his eyes. I sank my teeth into the soft flesh of his throat. His blood was tangy for it was the blood of a young man, still in the first blush of manhood. As I drank I saw images of his life, just as I expected I would..." 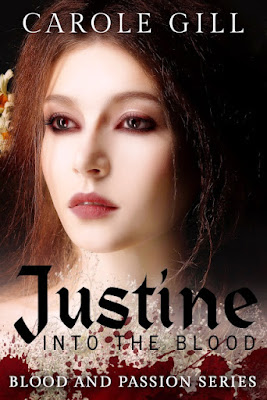 "Bringing Vampires back to their roots of predators and not that of a lovable housemate!"

"Revenge, betrayal, passion, bloodshed, lust and love are just a few of the elements of this dark and spellbinding book." BJ Gaskill