Psycho: How Scary Is It? 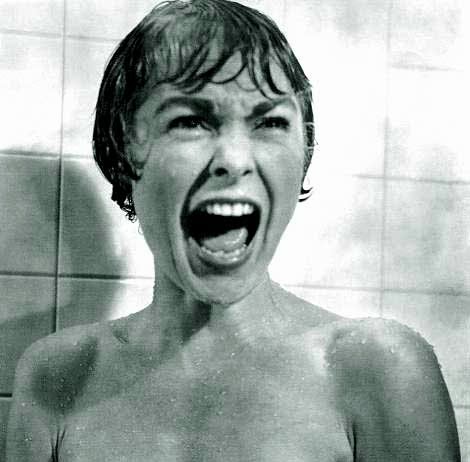 Answer: very scary because it demonstrates just how lethal vulnerability can be. What is more frightening than being attacked in the shower? Janet Leigh had been interviewed and said that shower scene made her realize that. You have nothing but the soap! How many people, I wonder, 'check' while they are showering and how many get soap in their eyes while doing it?

This kind of horror can happen and in my mind, that makes it even more scary! I feel that horror with no 'safety zone' is horror at its most frightening. Norman Bates isn't a vampire, that has to be invited in.

There are a number of lists on the internet that list 'The Hundred Scariest Films.'  I read some comments about The Exorcist always being number one or close to it. I think Psycho should be number one. It seems to me invariably it gets overlooked.

It should never be passed over. Psycho was able to scare the hell out of everyone who saw it (just about)!


And it's stark and frightening in its black and white treatment. It's like watching horrific murders filmed by a hidden camera!

Having been made and released within three years of Ed Gein's arrest, it is timely too. The irony of course is Ed Gein and his crimes were too horrific at the time to depict. There have been some pretty good films made since that focus on Gein. My favorite is Gein starring Steve Railsback.

Railsback captured the ordinariness of Ed Gein. The true horror of Gein was that he was the local oddball, apparently a harmless, dippy guy. When the truth of his house of horrors was revealed, that is when the shock set in, not only in Plainfield, Wisconsin, but a lot farther afield than that.

He still scares us. How many of us look at a loner and wonder what that person is capable of?  Are their rotting corpses in their basement? I wonder I suppose because I write horror. I find I am inspired by my own fears and nightmares to craft my own fiction. Inspiration, remember can come from anywhere.

The film is superb. It manages to be chilling without a lot of gore. The only 'blood' is actually chocolate swirling down the shower drain. This, while we are still reeling from the suddenness of the first murder.

The film is layered, crafted expertly because of Hitchcock's direction. That and Joseph Stefano's screenplay make it what it is. With Bernard Herrmann's jarring music fuelling this powerhouse of psychopathy as it does, we have a study in terror like no other. If the act of stabbing became music, it would sound like the theme. That's quite an accomplishment!

The supporting cast is very good as well. When Marion's sister, Lila (Vera Miles) goes into the creepy old house to see what's going on, we squirm. Squirm--as in ready to run and scream!

You know, that chair in the fruit cellar! What Hitchcock manages to do with that scene is why he has the reputation he has. The reaction is pure terror. The light bulb casts eerie shadows as the horror is revealed, one horror after another. It's almost too much to watch!

They didn't call Hitchcock the Master of Suspense for nothing! 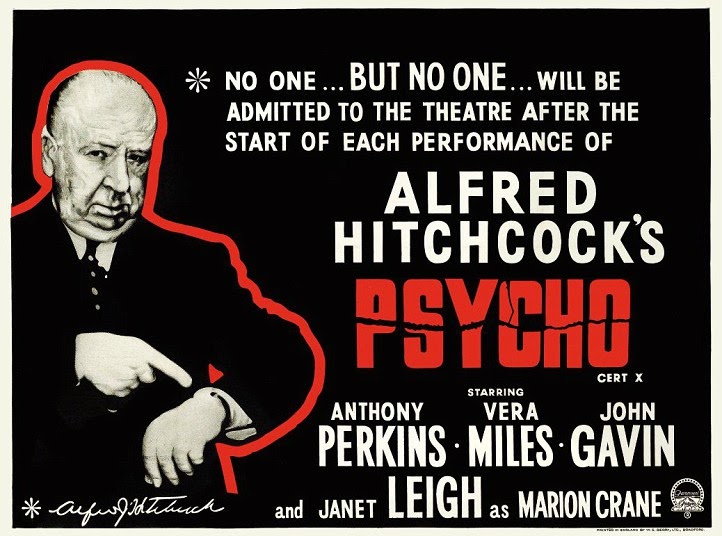