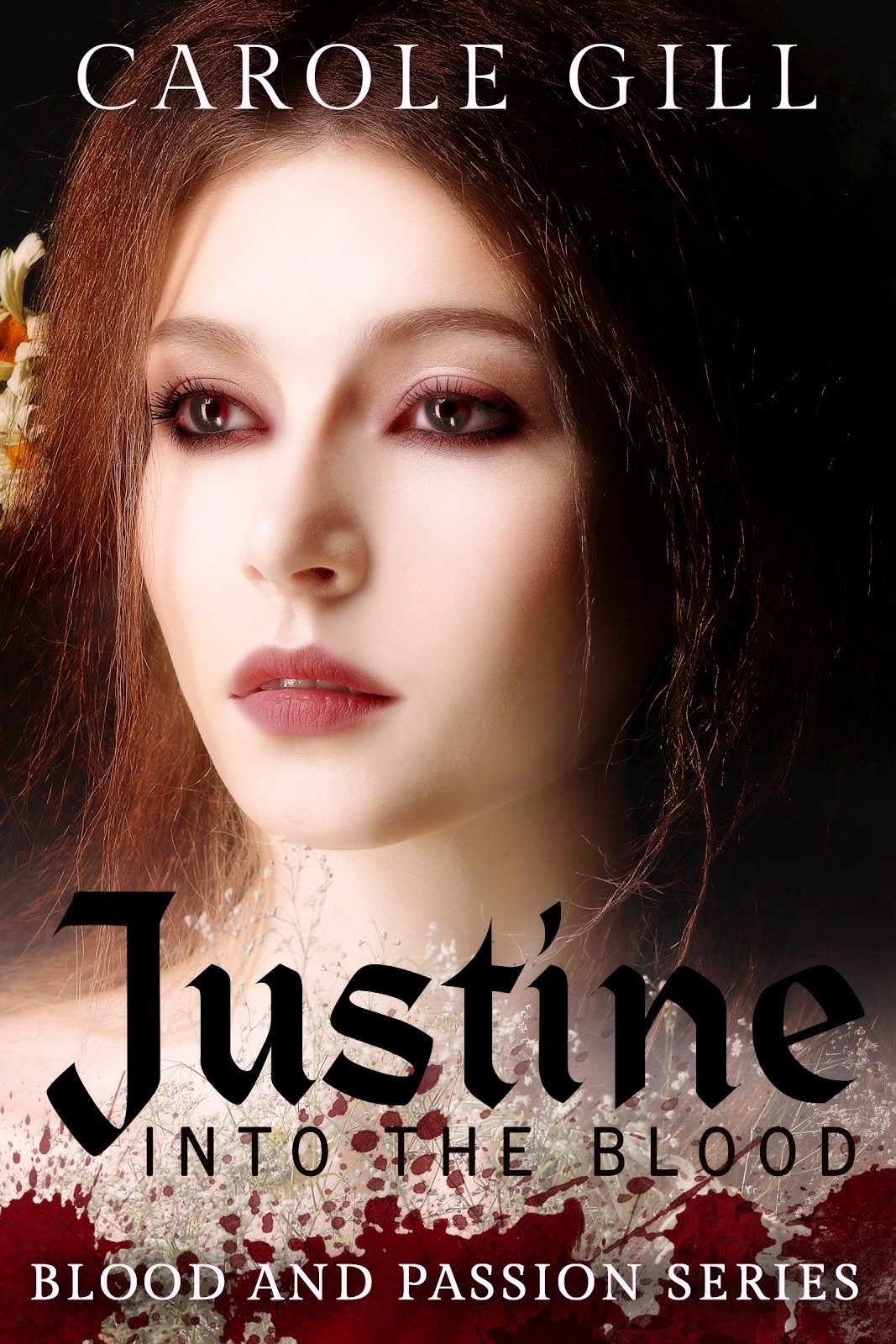 "A great deal can be said for a vampire’s unusual abilities. There I was, perched on a windowsill. The night was waiting to welcome me and I knew it. Then, with no hesitation, no thought of injury or death—I flew down. Freedom was at hand. There were no goodbyes, no regrets—not one.

I began my journey with at least one lesson learned: if I were going to judge London by Grosvenor Square, I would soon be in for a shock. This I would find out later.

A man did stop me to tell me to run along, as the neighborhood was not suitable for the likes of me he said. Obviously, he figured me for a prostitute. I smiled, thinking if you only knew.

It did occur to me to feed on him, but I was too much in the open. I felt certain I would be seen. So I made no reply but hurried along not having any idea which direction to go in. As it happened, I turned eastward. This, I found interesting because the further east I went, the poorer the area. It didn’t seem as filthy as Paris. But it didn’t miss out by much. And like Paris, there were marked differences between rich and poor—there were beggars and prostitutes all of them quite forward calling, out to any passerby exactly what they would do and how much they charged.

There was constant movement and noise—as well as the stench of unwashed bodies and filth. People were sitting and drinking—others were walking or trying to. The crowds were even greater than in Paris. Many were drunk on cheap gin. They hollered and fought—there were scuffles and fights too, the worst being between women. I had never seen anything like it.

Droves of thieves and pickpockets were about. I could tell by one glance what they were; some came up to me—but backed off quickly. They knew a menace worse than themselves when they saw me.

There were too, madams known as bawds who waylaid any young girl they saw if they thought she would be good for business. A few started speaking to me. I let them talk. It was fun knowing I could easily get away. One had a man in league with her, quite a rough looking sort he looked too. When I left her side he ran after me. I just stopped and smiled at him. He looked bewildered at first until I threw him against an alley wall.

He screamed in pain. His face bloody, he started to lunge toward me but thought better of it. “What are you?”

I thought wouldn’t want to know but made no reply. That was the first of a number of such encounters. The most violent was from a gang of youths. They rushed at me, thinking they had cornered me in an alley; they began to laugh and tease. When one came too close and tried to touch me, I thought enough was enough. Besides, I was anxious to show them what I could do. I jumped the poor fool, hurling myself at him with such force, I was sure he had cracked his head open.

“Anyone else?” I taunted.

They backed away then although not before one threw a rather large stone at me. I threw it back, it caught him in the groin and he went down. They shouted murderer but I only laughed.

Soon, they stood now as one, threatening me and inching closer, I picked up a rat I saw. Biting its head off, I drained it.
“The next one who comes closer, I shall do the same to him!”
They were gone in an instant.

There was to be more trouble, more challenges; the worst coming from a man who surprised me. Since he caught me unaware, I was momentarily incapacitated or I’d have sprung into action. I didn’t as I suddenly became aware of a man watching me. He was leaning on a walking stick. “Leave her alone!” he cried.

My attacker laughed at him and moved to attack him. The man was ready for it. He swung the stick quickly, hitting the aggressor on the head. The man cried out in pain.

“That will show you!” My would-be savior yelled.

He asked me if I was alright and I nodded. He moved toward me, speaking as he did. I saw he was quite lame. “Miss, please. You will be safe if you go to Endell Street in St. Giles. I have lodgings there.” I said nothing and he smiled. “It is safe I assure you. I am known throughout this area, for I always help damsels in distress though I may not look the type.”

Something touched me, a memory from when I lived—a feeling of gratitude and admiration too. I told him I would find his home.

He looked pleased. “Yes, well go along now. Give me some time; I cannot walk too well…”

The vampire and the hero, I thought—what a combination.

I thanked him and hurried to the address he gave me. It was on a tiny street. His house was at the end; number 11a. The door was open. A young girl of eleven or twelve stood in the doorway. She was dressed in rags and had soot marks on her face. “The cripple send you here, did he?”

I said he did.

“Go on then, upstairs, in the back. He’s an artist,” the girl said. “And quite a good one I should say.”
*
I waited in the hall as the door was locked. He at last appeared. I knew it was him as I heard his step, the sound of shuffling and another sound—that of a stick tapping on cobblestones. He smiled when he saw me. “I wasn’t too long, I hope.”
I followed him inside, listening to his polite chatter and answering as best I could. I tried not to smell his blood but I did. It smelled good, fragrant--without the hint of alcohol.

He had me sit. “There is an alcove where you can sleep or you can have my bed. I mean on your own if you like.” He smiled.

Now I took a good look at his face. It was not a handsome face, it was a kindly face. “The streets are so unsafe. It seems things only get worse.”

He glanced at me I think wanting me to tell him why I was out walking. I smiled and said I had to leave my lodgings as they were unsuitable. Goodness knew what he thought of that.

I noticed some paintings scattered about. There was an unfinished one on a makeshift easel. I asked him about it. He told me he was doing it for a client. “Well,” he added. “I am hoping someone will buy it. I make enough for food…”
“I won’t be staying long …”

“You are welcome to stay as long as you like…?”

“Justine. I am Edward. Are you French?”

“Yes.” And I am more than that, I thought. But I will never harm you.

AMAZON 99 cents for a short time!