Excerpt: She Must Read A Demon's Confessions 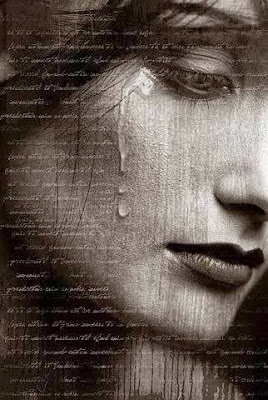 "I must read the rest of Eco’s journal. I haven’t a choice. My children and I are held captive on a ship staffed by vampires, overseen by the demon, Eco—a monstrous being who calls Hell home and Satan friend. Eco, the walking embodiment of stinking corruption; enemy to man but friend to demons and undead creatures.

Eco, who has written an accounting of all of his sins committed during his existence. I am reading it now. But there is still more to read; how I shall get through it, I do not know.

He assures me has written it for me, that I might know of his great sins and forgive him—and if that is not horrible enough, he wishes me to love him. This beast from Hell wants my love!

Please, do not pull away in horror. I, too, inhabit the world of the undead as the children do. Yes, I admit it. I am a vampire raised from death, a creature of the blood. Yet I harm no one, nor do my children.

In living terms, I am younger than my little ones for my undead children lived centuries before I did—Ada and Simon perished during the witch hysteria that swept sixteenth century France.

Those days were filled with evil persecution, most of it perpetrated by people far more evil than those they singled out for slaughter.

The children were among the ones who were singled out. They died with their mother at the end of a rope before a screaming mob. Can you imagine anything as barbaric as hanging a mother and her children for witchcraft?

Still, they had escaped the flames that day. Of course, that was only because there was no more straw or wood. The populace was disappointed when the mayor announced that the ‘family of witches’ would be hanged instead of being burned. The crowd booed and threw whatever was at hand.

Louis told me this; even as he witnessed the horror, he knew what he would do. He was there watching, my beloved Louis, the righter of wrongs, the dark side’s one true saint-like being who endeavors to do less evil than himself." 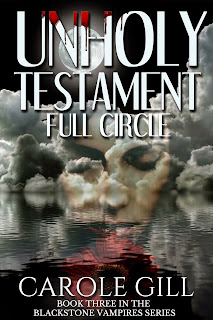 
92 Horror authors you need to read right now'
Carole Gill -- the Blackstone Vampires series
~Charlotte Books EXAMINER
.
"In the attempt to find the just measure of horror and terror, I came upon the writing of Carole Gill whose work revealed a whole new dimension to me. The figure of the gothic child was there. Stoker's horror was there. Along with the romance! At the heart of her writing one stumbles upon a genuine search for that darkness we lost with the loss of Stoker."
~Dr. Margarita Georgieva ~ Gothic Readings in The Dark