Excerpt: Horror in the Cellar! 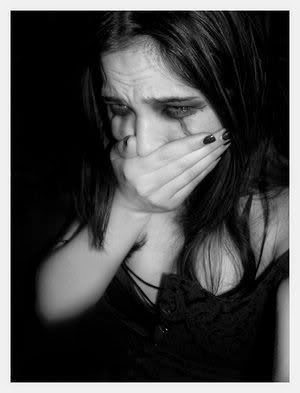 "As I reached for the cabinet, I noticed the cellar door was open. That door was always locked with a padlock.

Something made me walk toward the open doorway. There I stood, gazing down at the dank, dark stairs. Then as if in a trance I picked up a lamp and lit it. Some force was urging me on.

I began to walk but recoiled for there was a stench of damp and rot but of something else too—the putrid odor of decaying meat. Yet still I went.
I didn’t see it right away. That is, I didn’t realize what I was looking at immediately. At first they looked like sacks of flour or potatoes.

It wasn’t until I got closer that I really I saw what they were. But then I stopped. I stopped because my brain was beginning to make sense of it all. At last I began to understand what I was looking at, for there before me were several corpses!

What I had discovered were several bodies that looked as though they had been drained of blood.

I turned to flee, but as I did, I realized I had come upon another gruesome discovery. For there, chained to a wall was Mrs. Sternwood.

She was in a weakened state and called to me. As I began to move toward her to see if I could help I heard someone shout, “Don’t go near her! She is not yet destroyed! If you step too close she will kill you, Rose. She has enough power to.”


~*~
92 Horror authors you need to read right now'
Carole Gill -- the Blackstone Vampires series
~Charlotte Books EXAMINER
.
"In the attempt to find the just measure of horror and terror, I came upon the writing of Carole Gill whose work revealed a whole new dimension to me. The figure of the gothic child was there. Stoker's horror was there. Along with the romance! At the heart of her writing one stumbles upon a genuine search for that darkness we lost with the loss of Stoker."
~Dr. Margarita Georgieva ~ Gothic Readings in The Dark

Worth its Weight in Blood
Indie Reader 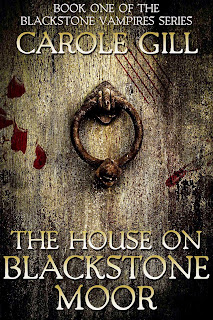 Email ThisBlogThis!Share to TwitterShare to FacebookShare to Pinterest
Labels: cellar, Horror, the house on blackstone moor