THE AWARD WINNING THE HOUSE ON BLACKSTONE MOOR 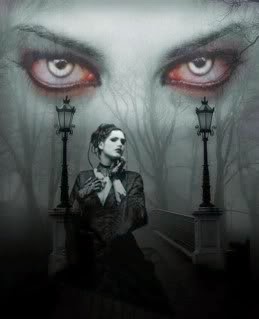 "Do you believe evil can be invited in?"
~Rose Baines, The House on Blackstone Moor

Unimaginable horror awaits you in The House on Blackstone Moor... Rose Baines' journey into the dark begins with the murders of her family by her insane, incestuous father. Evil has found a way in, as has the world of the undead. Will she become one of them?

The horrific discovery causes her to be incarcerated in two madhouses. Doctor Bannion, superintendent of Marsh Asylum, helps his favorite patient obtain a position as governess at Blackstone House, but why is he so adamant? The house, her charges tell her, is built on haunted moorland. Nothing is as it seems for Blackstone House, and its inhabitants have hideous secrets; the greatest secret of all is that of the blood.

Amid the unimaginable horror there is love - which comes at a terrible price. The House on Blackstone Moor is the first novel in Carole Gill's Blackstone Vampires Series. It is an epic tale of the eternal struggle of good vs. evil, and a story of love that strives to prevail, despite all odds.

“What is it, children? What do you wish me to see?”

They exchanged mysterious looks to further dramatize the situation.

“Yonder, Miss! Do you want to see the ancient stone of legend?”

“What legend is that, Simon?”

Ada spoke up. “The legend of Blackstone Moor!”

They began to drag me then toward a rocky mount. “Just in here.”

I was led through a narrow crevice. It quite reminded me of Stonehenge. I wondered what it could be and began to grow excited, too.

Suddenly we stopped as Simon pointed at a large flat rock. “There, that’s it!”

It looked like a ledge that had been deliberately laid down. I went to touch it but Ada warned me. “Touch it only if you dare!”

“I dare!” I cried. The surface was far smoother than I would have imagined.

“Quite black,” I agreed.

Simon nodded. “It’s as black as the eternal night! And do you know why it’s black, Miss Baines? It’s black with blood!”
“Simon!”

“Yes, truly! It has blackened with blood and gore and innards and guts and things that soaked into the stone!”

“What a thing to say! Where did you hear such things?”
“I just know! Ada and I both know!”

I drew him aside. “Simon,” I chided. “You should know better. This is not something either of you should think about, but it’s worse for Ada since she’s younger than you. You ought to know that.”

He looked down. “I suppose, but Ada’s older than you think!”

“Is she indeed, well I don’t think it appropriate, alright?”
“Yes, Miss Baines.”

“I don’t think it’s a subject for children. Besides, it’s probably not true anyway.”

He was agreeing with me, yet there appeared across his face the most quizzical look. “But there were human sacrifices practiced on these moors once and all manner of dark rites, too. Many people died here.”

“Someone I can’t say…” Ada was watching him wide-eyed. Clearly she didn’t want him to give me a name, but I continued to press him.

At last he cracked. “Dora! It was Dora! Do you feel better now?!”

“It’s not that I feel better, I just wanted to know who told you such things.”

Ada looked at me intently. “Please, you won’t have Dora punished, will you?”

“No, of course not, but whatever do you mean?”

Ada shook her head. “She might be severely punished, that’s all.”

She quite unsettled me with that. But then I took it to mean she might be sacked. “Well, I shall only speak to her then, alright?”

I took their hands then and we headed back to the house, the children walking just ahead of me, whispering. And I watching their backs, wondering what they were saying."


all books in The Blackstone Vampires Series are $2.99 each
or you can purchase the box set for $3.99 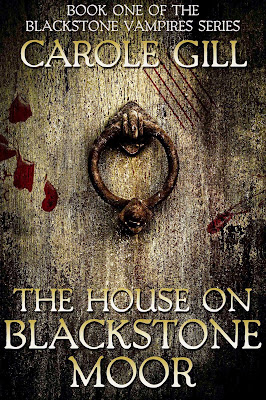 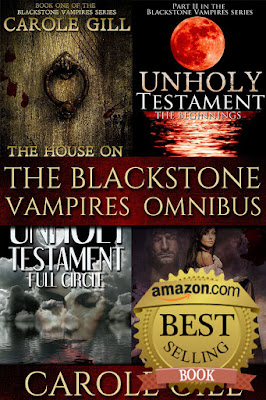