This is the darkest Gothic romance you will find. My vampires are complex beings, capable of love and regret. There is both human and supernatural evil, but most importantly, there is also love amidst the darkness.

UNHOLY TESTAMENT - THE BEGINNINGS
Eco, first seen in the previous book, has documented all of the sins he has committed during the course of his immortal life. Trying to get Rose to forgive him, he forces Rose to read his journal by holding her children hostage.

"In the attempt to find the just measure of horror and terror, I came upon the writing of Carole Gill whose work revealed a whole new dimension to me. The figure of the gothic child was there. Stoker's horror was there. Along with the romance! At the heart of her writing one stumbles upon a genuine search for that darkness we lost with the loss of Stoker."
DR. MARGARITA GEORGIEVA ~ Gothic Readings in The Dark 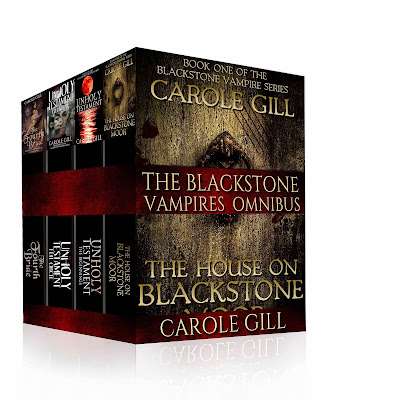