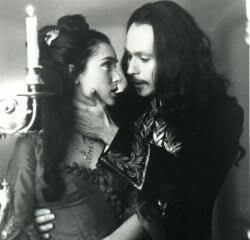 I fell in love with Coppola's film, Bram Stoker's Dracula. And because I did, I knew I would write a book about it. Confession, I not only fell in love with the film and the interpretation of Dracula, but I also began writing about vampires! The film doesn't water down Dracula. He's capable of love, he's sexy, yet he is a demonic beast too! Yikes!

The music is from the film, Hannibal, especially written for that film. I love it.


This clip captured every emotion of mine. It really overwhelmed me. I listened to it almost constantly while I was writing the novel. It captures everything I feel when I write about darkness and love!

Now being me, that didn't mean I was going to write light-weight stuff. No, the dark has always intrigued me. The dark draws us in. Love in the darkness, desire in a dark dream that is what I think dark Gothic Romanticism is all about. That's what my novel is all about. And I have not changed the character of Dracula nor have I 'embellished' the story line. I merely wrote around events in the novel.

Many people have said they wished, with regard to the novel, that Dracula's love life was explored more. I agree and have done that. There is Dracula with violence but also with love.

What can be more romantic than the doom-filled relationship in this film between Mina and Dracula? It touches us. It begs us to feel something and we do. I know this because so many fans from around the world feel that emotion.

I still thoroughly love the novel, but I also love this film version. When I first saw it, it haunted me. It still does. It actually changed the course of my writing. It made me terribly aware of Gothic romance becoming far darker than it often is.

In fiction anything can happen and I think there can be love in the darkness.

I just saw the film again a few days ago and felt so moved, as always. Dracula remembers love, he sees a woman (Mina) who is the very incarnation of his own lost Elizabeta. A demon, feeling love! That is what it is all about in my opinion.

There can be love in the dark, love felt by those beyond the pale, beyond our own world. I suppose you can say love can light the dark perhaps for a moment, but what a moment!

Though part of The Blackstone Vampires Series, the book can be read as a stand alone. 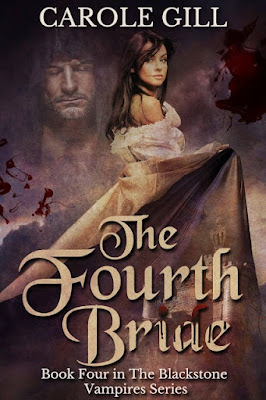 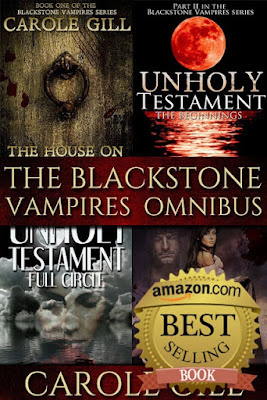 An epic series chronicling the dark existence of vampires through the Ages!

“Stoker’s horror was there, along with the romance!”