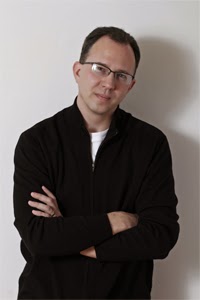 Animal Spirits and the Invisible Hand

Horror snuck unseen into my novel, whispered to the characters, and performed a perfect trick: It made me believe it was there all along.  My ambition with The Milkman was for a science fiction in which economics is the science fictionalized, but the line between the supernatural and economics is a circle of salt, on hard wood floor and the window is open and the wind is snide.

The horror of economics is nearly never talked about.  It is a poltergeist of sorts; it plays on and with people.  Over the last 250 years, it has drifted steadily towards mathematical modeling – setting course for predictability, trying to cut through the fog of human nature.  Fog is spooky.  It hides things.  Crunching numbers can spark a light, but beware whatever heading math might provide.  It’s a Gypsy on the side of the road or a prophecy carved into a tomb.  Math doesn’t have your best interests at heart.  It doesn’t have a heart.

Many of the tropes of in economics feel like they’ve been lifted from traditional horror canon.  Adam Smith cast the term “Invisible Hand” for market forces work without consciousness, and yet seems to have goals and aim.  The Hand is inscrutable.  Like Cthulhu.  The Hand pushes and pulls regardless of how much happiness or misery it creates.  It is immense, uncontrollable and while we devote incredible amounts of time and money to discerning its logic, it remains largely unknowable.

Animal spirits is the term used by the economist John Maynard Keynes to identify another relentless, powerful, invisible force.  Humans do not always follow a predictable decision path.  We have intuition, imperfect understanding, and tastes and appetites that frequently have no relationship to necessity.  We don’t, as individuals, perform well as constants in an equation.  There is a beast that wants a Fendi bag in place of blood pressure pills or a Harley “because the furnace will make it another year.”  We don’t always want wants best for us.  Sometimes our wants have minds of their own.

And so, my book about economics became a book about unseen forces that invade, infect and urge people towards evil.  Or good.  Because humans have that inside them too, despite the math.  The Milkman is a set in a world with no governments.  Sprung free, the forces of economics are more intense and can be seen more clearly.  We can more easily discern the supernatural forces at work around us and that putting an academic name to them doesn’t make them any less frightening. 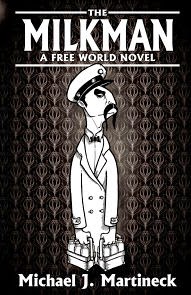 Michael MartineckI started writing stories when I was seven. You’d think I’d be better at it by now. It’s not from lack of trying. Over the years, I’ve put out short stories, comic book scripts, articles and trio of novels. I’ve put countless other ventures in the drawer. The drawer is in my house on Grand Island, NY., a little cap of clay nestled between the US and Canada.
This is also the location of my Ego Retention Program, whereby my beautiful wife and two lovely children continuously call out my various shortcomings, keeping me from becoming the screaming, self-centered artist I long to be. DC Comics published a couple of stories in the early 90s. Planetmag, Aphelion and a couple of other long-dead e-zines helped me out in 00s, along with The Misspellers and The Wrong Channel. Cinco de Mayo is now out from EDGE Science Fiction and Fantasy. Very exciting, you know, for me.