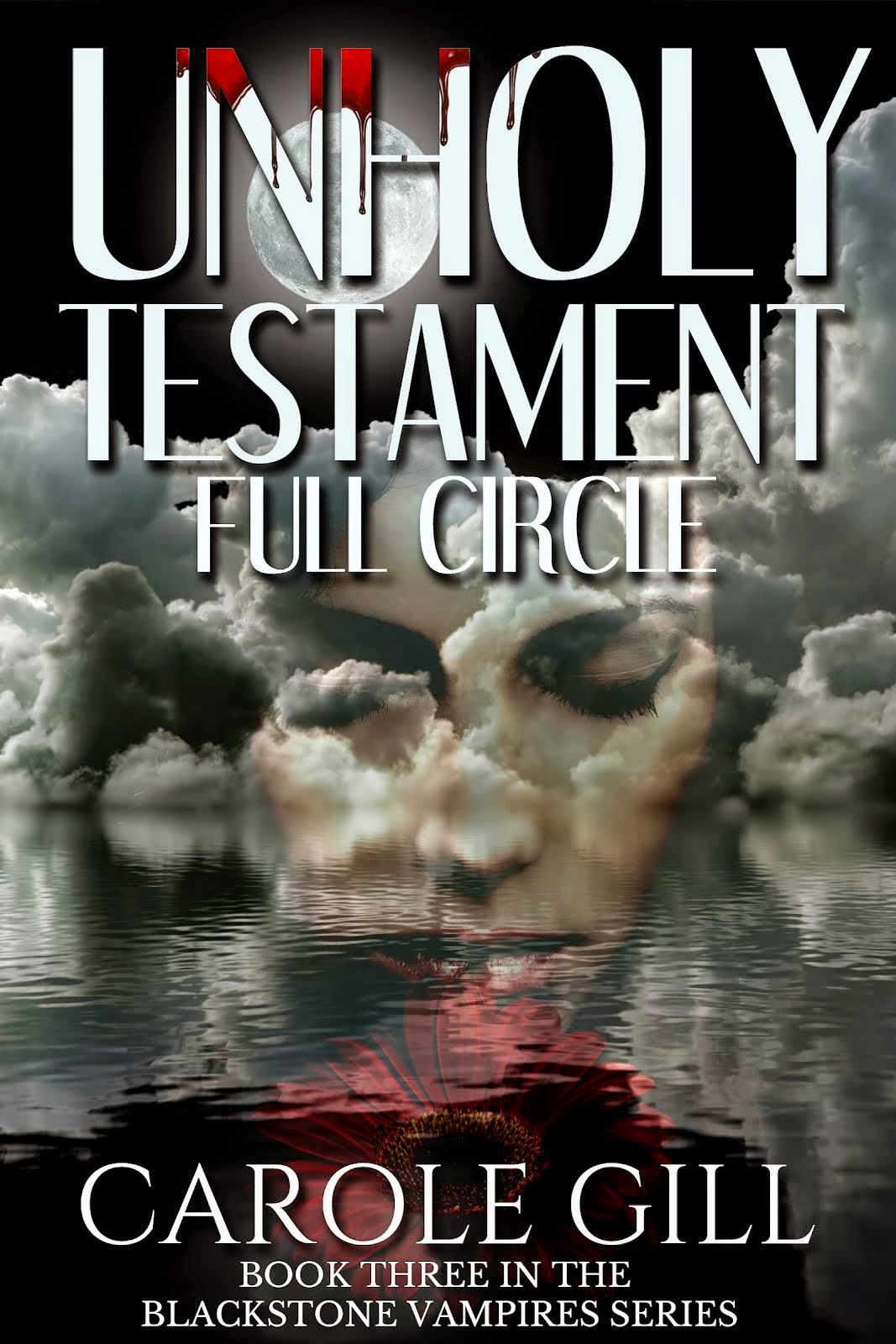 Dracula is introduced in this book and is featured in The Fourth Bride.
All of the hideous secrets of Blackstone House and its inhabitants are revealed in Full Circle, the third book in Carole Gill's Blackstone Vampires Series.

Rose Baines continues to be held captive by the demon Eco and must read the rest of his journal, which is a confession of all of his sins. The rest of the journal focuses on the characters that have haunted Rose's living life and undead existence. But primarily, Eco's journal tells of the sick and twisted obsession he has had for Blackstone House's former mistress, evil and debauched Eve Darton.

This is gothic horror at its darkest. Eco's lustful relationship with Eve is told against the backdrop of aristocratic devil rites, both in England and France, including satanic sacrifices; continuing to the Great Fire of London 1666. Along the way there are plagues, vampire destroyers, witch hunts and, of course, vampires!

Human evil and supernatural evil are explored in detail. There are Resurrection men who supply a necrophile doctor. Every vice and evil is examined, including the hideous truth of Rose's father and the reasons he murdered her family. Every evil that Rose Baines was subjected to is closely examined, as are those who committed the worst sins against her. This is not light reading and although there is romance within the story, the darkness that surrounds it is relentless.

The fact that Carole Gill was able to create such vivid characters still baffles me.-B. J. Gaskill, Inside BJ's Head

This is the completely revised 2nd edition of Full Circle, published by Creativia
' 92 Horror authors you need to read right now'
Carole Gill -- the Blackstone Vampires series
~Charlotte Books EXAMINER
.
"In the attempt to find the just measure of horror and terror, I came upon the writing of Carole Gill whose work revealed a whole new dimension to me. The figure of the gothic child was there. Stoker's horror was there. Along with the romance! At the heart of her writing one stumbles upon a genuine search for that darkness we lost with the loss of Stoker."
Dr. Margarita Georgieva ~ Gothic Readings in The Dark