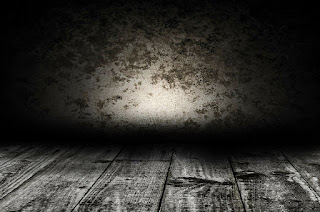 Bathory and her creator, Anton, might be vampires, but they know what's lucrative and what isn't. Here they find themselves in Victorian London. They are determined to open up a very special emporium, offering unique pleasures. They discover an underground network of like-minded merchants, known to provide anything for the right price.

"HERE WAS something so deliciously low about Dark City, so thrilling it proved quite an aphrodisiac for us. A few of our coven didn’t wish to be there, so they left—but most went along with us. The place was as it was. We knew it would never look as good even as our brothel on Russell Street.

There was nothing we could do about the dampness, the wet walls, or the dankness. The air was stale and harmful, but we knew ourselves to be immune to any sort of illness of that nature. I discussed these issues with Ponsonby and he said his lungs weren’t what they had been, which proved to me he had been addicted to that underground garden of vice for years.

We brought furnishings and ﬁxed it up just to a very basic standard. We added mirrors and cushions. Well, these are a must in brothels, fancy or not. You had the idea to extract and install much from the playroom, including some rather interesting punishment devices. We got a lot of attention from our competitors, who were quite impressed with the variety of implements we had. A certain Mr. Dane enjoyed being ﬂogged by our vampires.

This we did in a sectioned off place you had created so there would be anonymity. Dane enjoyed it so much, he’d pay us whatever we asked. We found out later that he was a diplomat from Denmark.

The more we got to know him, the more we became used to his requests. He was involved in so many sexual perversions, it quite amazed both of us. Still, we provided what he liked. Sufﬁce it to say, he kept us on our toes because he paid us well for his entertainments. It all was working out well. We both agreed. What we could never get used to was the notion of staying there all the time. So we’d travel back to our mansion. Our coven went, too. They didn’t want to stay underground for more than several hours at a time.

Our new venue encouraged us to permit lethal draining as it was so easy to dump a corpse in the river. That proved quite exciting to us both as we had not indulged ourselves for some time..."


"5out of 5 stars HORRIFIC VAMPS & GREAT STORY!!!
I'm hooked on Carole Gill!! I prefer more details about a Vampires life, knowing they're Satan's creatures, and love that this author portrays them as they are!!! Intense read and that there's real history in her novels, makes it even more interesting!! If you're offended by language, sex, bondage, and savagery, look to the Chic lit on the paranormal!!! Carole Gill is phenomenal!!!!"

5 stars! Her best work yet!
As one blood-soaked page follows another we are pulled further and further into the depths of depravity to which Bathory is prepared to sink in order to fulfill her widlest sexual fantasies and murderous lusts. 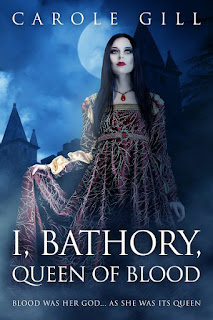