DO THE UNDEAD FEAR THE DEAD? 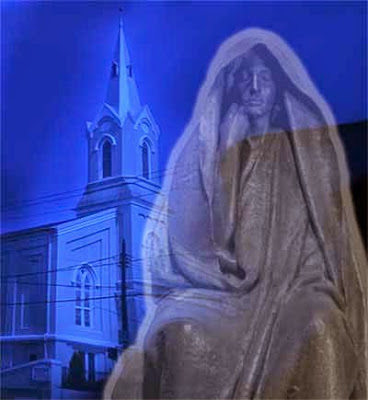 Those dead the undead fear do not rest. They are caught between two worlds—as they have not passed over successfully. They tend to be lost souls—those in search of the heavenly peace that eludes them.

They are often architects of their own damnation like Rose's incestuous father in The House on Blackstone Moor. And because of his madness and evil, he murdered his family--a family who took their hatred with them.

Yes there are vampires in the novel, but there also the spirits of the dead that are seething with murderous hatred.

From The House on Blackstone Moor:

At first I thought it was a mist-filled dream, a dream and nothing more. My mother, sisters and my brother were standing and looking at me. They were smiling and calling my name.

“We are coming Rose!”

I spread my arms to receive their embrace, but Louis stormed in. “Get away from her!”

What was wrong with him? I pointed at their golden light, their warm glowing love. “I see their love it is all about them, Louis.”

“It is a façade and nothing more. It is how they pretend to be.”

“You’re wrong Louis! Please they have come for me! They want me with them. How can you say no?”

“They are not your loved ones. They have been corrupted by their hatred, hatred like love never dies. They took that with them. Don’t you understand?”

“Please,” I cried. “No more platitudes I want my mother!”

If they were mist before, they seemed to change now, growing larger until they merged into one tremendous shape.

So discordant were their voices, their heartfelt pleas. Yet I was greatly moved, I was desperate to obey for how could I possibly do otherwise?

As I hurried toward them the mist began to change into a cocoon from which a butterfly would emerge.

I waited, but then instead of a butterfly I saw them, as the dead things they were, floating just above the floor, sad bloodied things, gray with death, but stained red with the awful carnage of the fatal butchery. Their throats were gaping black crevices from which maggots danced.

I covered my eyes, I could not look. They moved toward me then and I felt their presence, like icy mist they began to engulf me, freezing me and enveloping me in a stench filled fog..."
As Louis says, “I have some power against them, but not much, for the dead have much strength...!” 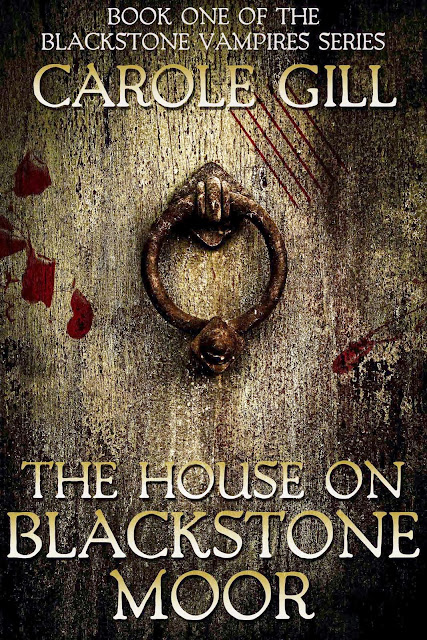 Each book in the series is sold singly for $2.99 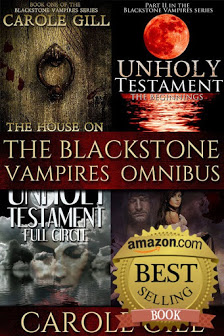 "The figure of the gothic child was there. Stoker's horror was there. Along with the romance! At the heart of her writing one stumbles upon a genuine search for that darkness we lost with the loss of Stoker."

THE HOUSE ON BLACKSTONE MOOR
I for one found this gloriously gothic, refreshingly brutal, honestly horrific and a great read.
~Taliesin Meets the Vampires