99cents each! What's Your Poison? 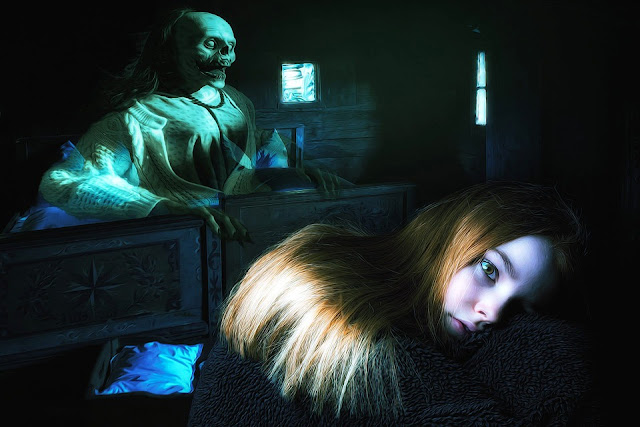 Two vastly different types of horror fiction on offer for 99 cents! Read up:

Gothic vampires or darkest horror that will give you night mares? Do you want to go gently into the night or do you want it as dark as hell (literally)? It's up to you because you can pick and choose or just go nuts. Each acclaimed book is 99 cents on offer!

UNHOLY TESTAMENT - THE BEGINNINGS
Rose and her children find themselves held captive on a ship staffed by vampires, overseen by the mad and evil demon Eco. The last time Rose saw Eco he tried to destroy the children, and now he tells her he loves her.

From Ancient Egyptian vampire cults, Roman vampire brothels, The Dark Ages, The Crusades, The Black Death of 1348, on to his meeting with the child murderer and former aide to Joan of Arc, Satanist Gilles de Rais, and concluding with his wicked, blood-soaked affair with the Blood Countess herself, Erzebat Bathory. The pages are filled with debauchery, vice and murder – how can one stained with so much blood and evil possibly be trusted?

Rose and her children's ordeal continues. They are still held captive on a ship staffed by vampires, overseen by the demon Eco.

There are more blood-drenched confessions to read. Rose has no choice but to finish the journal. Eco, mad and as unpredictable as ever, can snap at any time. But will he?

The rest of the journal tells of the sick and twisted obsession Eco has had for Blackstone House's former mistress, evil and debauched Eve Darton. There are aristocratic devil rites, both in England and France, including satanic sacrifices. There is the Great Fire of London 1666, plagues, vampire destroyers, witch hunts and resurrection men who supply a necrophile doctor.

Eco, first seen in the previous book, has documented all of the sins he has committed during the course of his immortal life. Trying to get Rose to forgive him, he forces Rose to read his journal by holding her children hostage.
Dracula makes his debut. He is a friend of Eco's. He and the other vampires have killed a child's mother.  The dying mother begs Rose to take the child and she does.

"In the attempt to find the just measure of horror and terror, I came upon the writing of Carole Gill whose work revealed a whole new dimension to me. The figure of the gothic child was there. Stoker's horror was there. Along with the romance! At the heart of her writing one stumbles upon a genuine search for that darkness we lost with the loss of Stoker."
DR. MARGARITA GEORGIEVA ~ Gothic Readings in The Dark


How about cannibal clowns and sorcery? A circus on the road to hell? If that's your thing try this for 99 Cents! 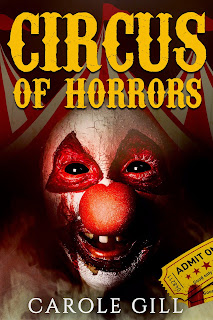 Serious horror for dark horror fans. Follow them on the road to their next engagement which might be a hell of a gig!

"Outstanding story line and strong characters. I felt like I was right there and a part of the sideshow!"
"An awesome little creepfest!"
"Never going to the circus again!"

Remember! Price is 99 cents for Circus of Horror