UPDATE ON NEW BOOK ABOUT THE BLOOD COUNTESS! 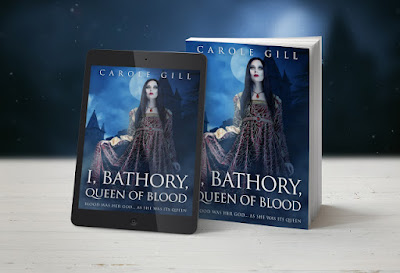 The darkest published fiction I have written is my Blackstone Vampires Series. I have often said I don't know where all the darkness came from, but it just poured out of me. After I wrote Justine: Into the Blood (first novel in my new series) I thought, 'well, I'll go a little lighter now.' But then I started to write a novel about Erzsebat Bathory, The Blood Countess.

Why'd I do that? I'm still not sure. I always say, we write what is in us to write. I think that's true. With Bathory, I found her the most puzzling. How could a woman do what she is purported to have done? Hundreds of torture killings, bathing in blood--perhaps there is an exaggeration but let's face it, any country that prohibits the name of a noble personage being SPOKEN for a century after her death, has to have some reason for doing that. Really.

She had children, they stood by her, from what I read. A son-in-law pleaded for her. She had to have been very complex at the very least. I don't think she was ever unaware of what she was doing. Nothing I have read suggested that.

She just had the power to do what she wished. A sadistic sexual murderer with unlimited power! That was her story. As I have said she is the same Bathory in my telling, albeit one that is more aware and conflicted. But the horror is there.

I began to think about all my published longer fiction and I realized, it's all very dark. As for the first series, each novel in The Blackstone Vampires is darker than the preceding one. I guess--it was a given for me to go on to a novel about Bathory.

There is a great deal of eroticism in the story. Eroticism and horror easily go together. They are two elements of a whole. There are relationships that have both present.

Power may be central to the equation. Unlimited power and a loyal lover can help a monster do anything. Her rages continue in my novel, they fuel the violence. Regret cannot be permitted to take over because the rage is too strong. Her realization of that is her curse. It's all pretty complex.

The book's release has been delayed because of my husband's sudden death in September. However, I am going through it now and will be sending it on to editing and then it will go in Creativia's line up. I'm glad about that. My husband liked the book and, as always, encouraged me.

So just hang on a little longer. Bathory and her madness will be worth waiting for!
Posted by carole gill at 10:34 AM