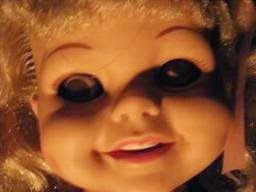 "Tootie McBootie was America's sweetheart and the biggest star Vapitt Pictures had. And boy were they cashing in on her popularity!

There were Tootie dishes and pillows and Tootie dolls of course. There were even Tootie dresses. Why Tootie was all over the place.

The world was in love with Tootie. She was even popular in Europe. As a matter of fact one or two dictators were heard to say they found her irresistible. So what was bad about that, boy oh boy.

Times were hard. There was a depression on and it was good for folks to enjoy something. Even the President said Tootie was good for the Nation. If he felt that way, Joseph V. Vapitt chairman of Vapitt Pictures was prepared to give Tootie whatever she liked for Christmas.

There was a bit of a complication though. See, Tootie was a vampire. There were plenty of blood suckers about especially in Hollywood but they weren’t vampiric. Tootie was. The story was she was discovered by a talent scout. The truth was Joe Vapitt bought her from some shady characters he knew who ran a circus.

“I know how busy you are Mr. Vapitt but we got hold of a most unusual child for the sideshow…”

She could and she was cute as a cupcake besides.

“Zowie!” Joe piped up. “This kid’s gonna make me a fortune and she’ll always be a kid!”

She made five pictures that first year. She was a sensation. So what if the golden goose liked a swill of blood every now and then she was entitled.

“You tell your Uncle Joe who you’d like to feast on. And Uncle will see that you get it.”

That’s the way it was all the time but holidays were special. Every Christmas Eve Uncle Joe would drive Tootie around Los Angeles in order for her to make her selection. They sometimes cruised Hollywood, but they were more easily spotted there.

So on yet another LA jaunt Tootie laid down the law:

“I don’t want any icky people.” she said dimples flashing.

“Of course you don’t precious. You want someone nice.”

“With lots of nice blood."

Tootie didn’t always pick adults, sometimes she wanted children. For the past few years she asked for babies.

Uncle Joe tried to explain to her as diplomatically as he could that babies were more difficult to acquire.

“They’re not as easily obtainable as adults, Tootie.”

Tootie sulked while Uncle Joe tried to cheer her up.

“How’s about a nice puppy or kitten?”

“Not the same!” Tootie whined.

Uncle Joe didn’t know what to say. At last he had an idea. He could solve the problem in one go and accomplish something besides.

His rival studio Galling Pictures had their own child star under contract, Mary Pickfear and boy was she promising. She could do everything Tootie could plus she wasn’t a vampire, as a matter of fact she was an okay little kid.
Joe had an idea.
*
Tootie lived or existed with her Uncle Lou and Aunt Alice. Actually they were extras Joe had hired to look after his little prize. Money always talks even if they didn’t.

Tootie left them alone because Joe kept up a regular supply for her most of the time.

Although when Christmas Day came around she was starting to eye them up a little more than usual. They got nervous and called Joe.

“Can you come over, Mr. Vapitt?" Uncle Lou stuttered "We have a problem here.”

“Sure thing. Have Tootie put on her best party dress!” Joe said.

Tootie was all dressed up and Joe was pleased.

“Are you taking precious for her special dinner?”

“You got it.” Joe replied. And he was right because there in the back of the car was the present.

Tootie sniffed the air. “Smells interesting. What is that?” She was pointing to the kid in the back seat. 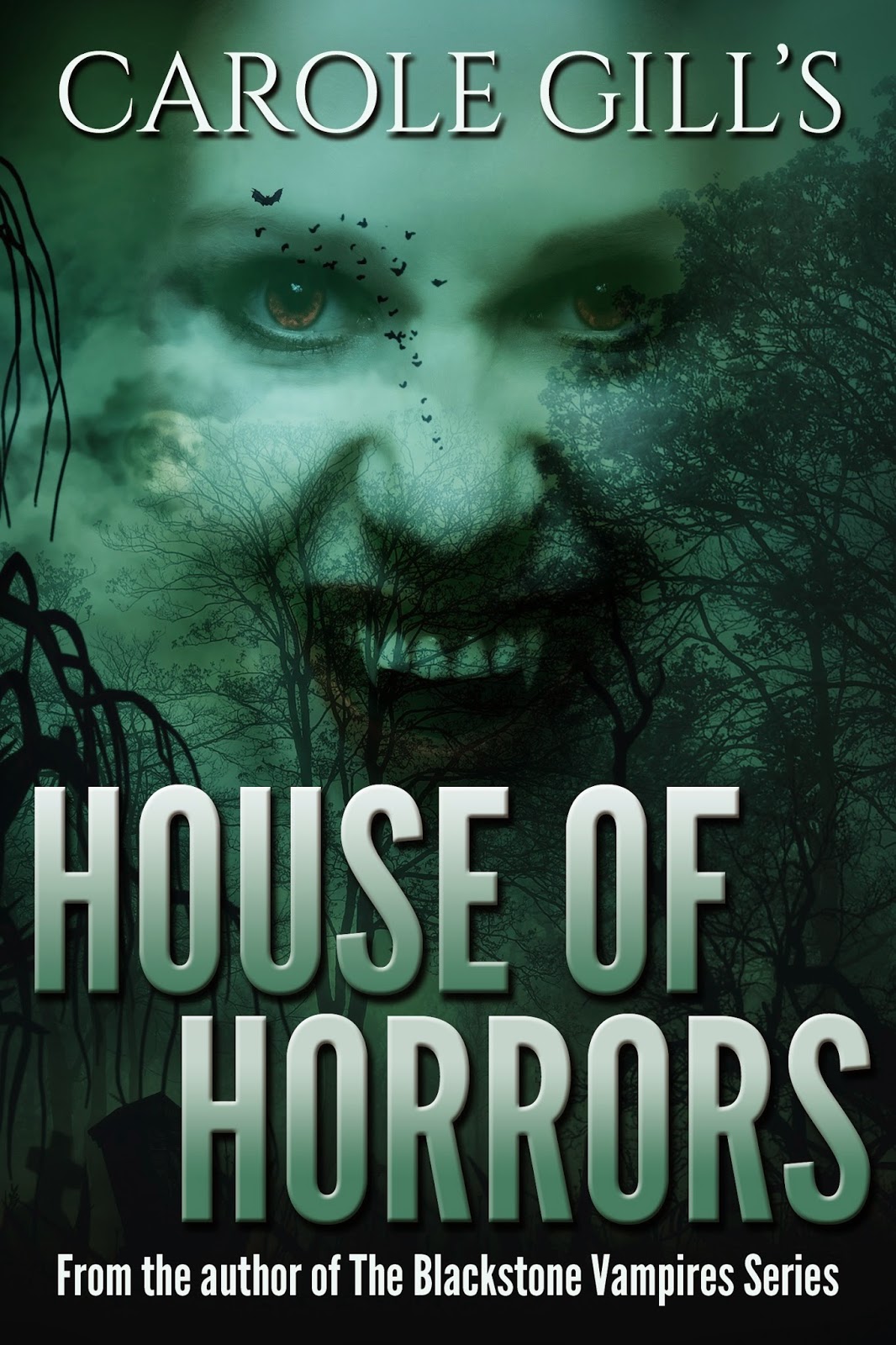 Just one of the lunatic stories in House of Horrors!

AMAZON
Posted by carole gill at 10:32 AM