The Shining: Review And A Fun Tidbit!

The Shining (1980) is is so well-crafted, directed and acted; it is just as hard-hitting and chilling as it ever was.

Now, I read the Stephen King novel first and truthfully that is a long time ago. I remember it is different than the film. I Intend to re-read the novel but it is the film I am discussing now.

I love the characters that go crazy in King’s stories. Jack Torrance, in the great tradition of Annie Wilkes of Misery, is on a fast slide to hell. She had her own demons and he has his.

His lunatic character is a teacher and writer who is losing it. He didn’t look entirely with it in one of the first scenes in the film when he’s driving his family to the hotel where his new job is. The pitch of his voice was odd when he spoke to his son and I could feel the madness taking over. The feeling was palpable.

Nicholson gives one of his finest performances and Shelley Duvall as the terrorized wife and mother is perfect. She is so pitiful, we want to holler, OVER HERE, WENDY WE’LL PROTECT YOU AND DANNY!

The amazing thing about the film is it was entirely shot in England. Yes, it’s all Hollywood magic only it was done in the U.K!! I find that incredible.

Iconic, director Stanley Kubrick was a purist. The scenes of blood rushing down the hotel corridors is not a product of special effects. There really is red liquid gushing along a scaled down ‘set.’ There is interesting speculation on what that blood is supposed to represent. I think the most popular view is that it has something to do with the fact that the hotel is built on Indian burial ground; slaughter of Indians—that sort of thing.

Kubrick, being the purist that he was, insisted that the horrific scene wherein Wendy discovers hundreds of sheets of typed written manuscript all have the same line: All work and no play make Jack a dull boy…was actually hand-typed. Kubrick as the story goes, preferred that to having printouts.

The plot ingredients are interesting. The father is a frustrated writer who has a history of anger and there is a school report. He over-did physical punishment with his son.  The scene where Anne Jackson playing a psychologist visiting with the mother has been cut from the UK version for some reason. I don’t know why. Her name is in the credits. I do recall seeing the film in the early 1980’s in the U.S. and seeing that scene.

I would love to know if the scene is still in the US versions of the film. Anyone know? Please comment if you do.

So what is the shining? It’s a gift. Danny has what kindly cook, Scatman Crothers calls a special gift. In Danny’s case, this gift has taken form as Tony – a voice in Danny’s mouth.

I wondered if this gift could protect Tony. I didn’t wonder long. The Overlook Hotel is a child’s paradise, sure. There are kids to play with! He can have two nice little friends in the hotel. There’s just one problem. They were hacked to death by their strict daddy who corrected them. Actor Philip Stone says, ‘corrected’ in a way that will give you chills in your head. He says he corrected his daughters and when his wife complained he corrected her.

Yes, I know that the girls were referred to as being eight and ten which doesn't fit with the identical looking girls that appear. Are they some other ghosts? Or is it one girl that seems to be two? I’ve often wondered about that.

Since Danny has this gift, he immediately knows what the hotel is about.

As soon as he steps inside, we see what he sees.  He sees and feels this evil. It’s just waiting. How can a young child get his parents to leave? He can’t so he cycles around this piece of hell on earth (remember, it’s built over an Indian burial ground) I’d not walk within ten miles near that place!  Please!

He soon knows something horrible is in room 237 and he’s right.

And when dad goes to investigate and sees an attractive naked woman and thinks he’s going to enjoy himself, he gets a big shock (as do we all) when he suddenly realizes that this babe he’s kissing is really a rotting, horrible aged hag. What’s the story with her? Was she in the bath too long or what? Nah. It’s a lot worse than that. Her coming toward him, laughing at him in the best witch cackles I’ve ever heard gives me goose bumps every time I see it.

The maze that mom, Wendy and Danny go into early on is symbolic of them being trapped in the hotel, I think. As they walk down the different paths and discover one dead end after another, we feel the menace. There doesn’t seem to be a way out. And when the screen pans back to Jack looking at a model of the maze in the hotel lobby and smiling weirdly, we see the very tiny, helpless mother and son, no bigger than insects, walking through the maze. That’s one hell of an effective scene.

Here are some memorable scenes from the film:

Those are three of my favorite scenes. THIS is what horror is all about! I think this is one of the best horror films of all time.

By the way, here's a fun tidbit: Some say Nicholson was parodying Kubrick here. What do you think? 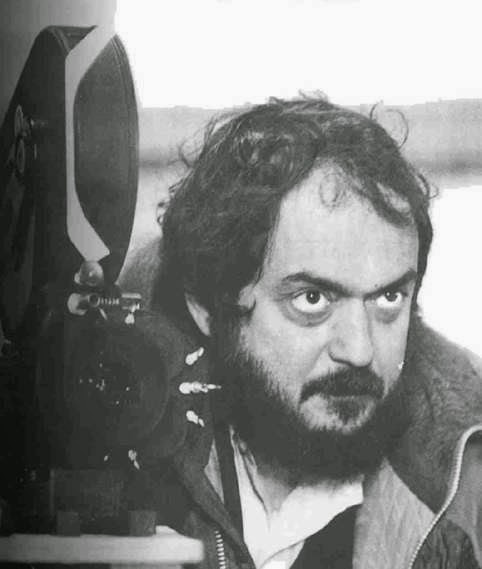