Excerpt From Circus of Horrors: The Clowns! 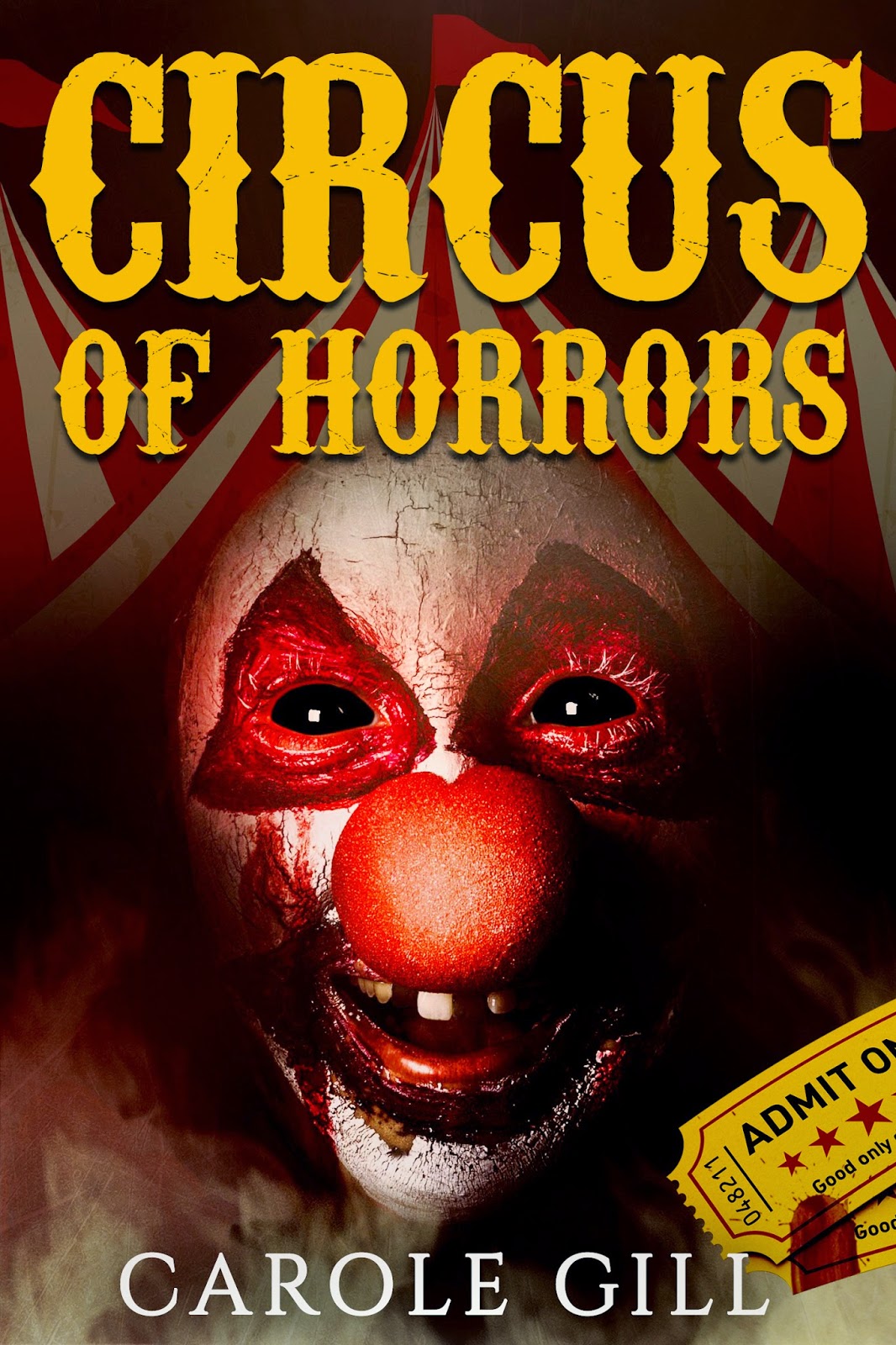 "They each mumbled something and took their coffee. Happy commented on the sunny morning and Fred answered him, trying carefully not to look repelled by Happy’s skin or his mates’.

It wasn’t easy. Of the three, Happy was the most disfigured. His face displayed a roadmap of his horrendous childhood and young adulthood. It told the story of brutality and unimaginable violence.

Happy’s real name was Arthur Mundt—not that it mattered. The happy clown face he wore gave him his name. But was he happy? Nah. How could he be? He used to say the best he could do was try not to kill people.
Yes, his life had been too hard.

The clowns met in the Storeyville Orphanage in Georgia. The place was infamous for brutality. The cigarette burns had long since healed as they had on the others, but the scarring from razors and broken bottles was particularly bad. There was copious scar tissue which had turned deep purple. Jagged lines of it covered his face and ears, too. Poor fucker.

They decided to wait for Baby Alice, but before she came out, the clowns had swallowed their coffee and applied their makeup. They liked her enough not to upset her."

"DON'T BE FOOLED INTO THINKING THIS IS A ROUTINE, RUN-OF-THE-MILL, CARNIVAL SCARY.
NOTHING ROUTINE HERE! CIRCUS OF HORRORS is a very special story, and I'm glad it introduced me to author Carole Gill, an exceptionally talented writer."

"Outstanding story line and strong characters. I felt like I was right there and a part of the sideshow.
"An awesome little creepfest!"
"Never going to the circus again!"