TESTING A NECROMANTIC SPELL! YOU NEED TO KNOW THESE THINGS! 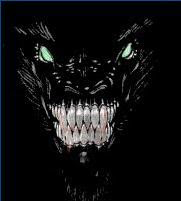 Louis' friend was dead. There was only one thing to do. Louis was going to bring him back. A man told him about a certain book. Perfect, Louis thought. He just had to test it first.


"It looked like it would work. There were diagrams and shit, like you see in movies sometimes. The only thing that bothered him was that the print was red; some schmuck’s idea probably to make it scarier or something.

He read it over until he had the basics down.He smiled when he spotted the mouse.

Bart sidled in, his green eyes lit up and the mouse was fucked. Two good swipes and it was dead. Louis was delighted.

The time had come. Put up or shut up. Louis closed his eyes and said the incantation only nothing happened.

He was determined to go and ask for his money back when suddenly the mouse stirred. It didn’t have much of a head left. What was there was bloody and mushy but the little fucker stood up anyway.

There are other stories about:

"I grew up with horror legends such as King, Koontz, Poe, Shelley, Stoker and I added Gill to that list."
¬C.Gaydas

"There is no doubt that she soars above the endless parade of independent horror authors to shine as a true star in the darkness. With the brilliant anthology House of Horrors she proves why she is a perennial favorite. To put it simply, this is a great assembly of tales anyone would be proud to have in their collection"
~Joshua Skye
DARK MEDIA 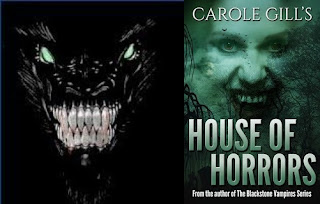