You'll Never Guess Who the Old Man Really is!!!! 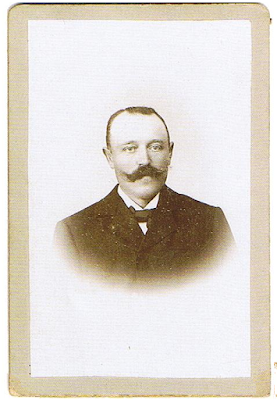 Now, there are hints throughout, see if you can guess. You might be distracted by the other characters and the reasons they are monstrous, however.

Listen in on a telling conversation between Fred Dodger and one of his performers. It's about his father and himself. Dark secrets abound!!

“You told me he had murdered. Look at me and Hank and the clowns…”

Fred let out a loud sob. “It’s much worse what he did…you can’t imagine.”

He was certain Al was going to speak but when he didn’t, Fred continued. “My father was wanted… He still is; he always will be…what he did…”

“I’ve killed, too, Al. I killed to protect him—see, he killed some women…”

Fred couldn’t get the rest out. Al soothed him, said he could confide in him. “What is it? What’s preying upon you, Fred? Something is—Who did your dad kill? You can tell me, honest. I won’t tell no one!”

"Don't be fooled into thinking this is a routine, run-of-the-mill, carnival scary. Nothing routine here! CIRCUS OF HORRORS is a very special story, and I'm glad it introduced me to author Carole Gill, an exceptionally talented writer."

"Outstanding story line and strong characters. I felt like I was right there and a part of the sideshow. 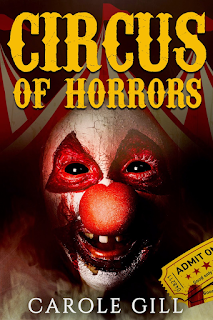 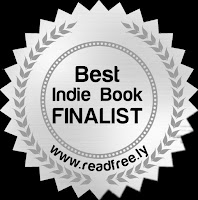 AMAZON
Posted by carole gill at 10:54 AM