Excerpt: AN EVIL THAT WOULD CHANGE THE WORLD 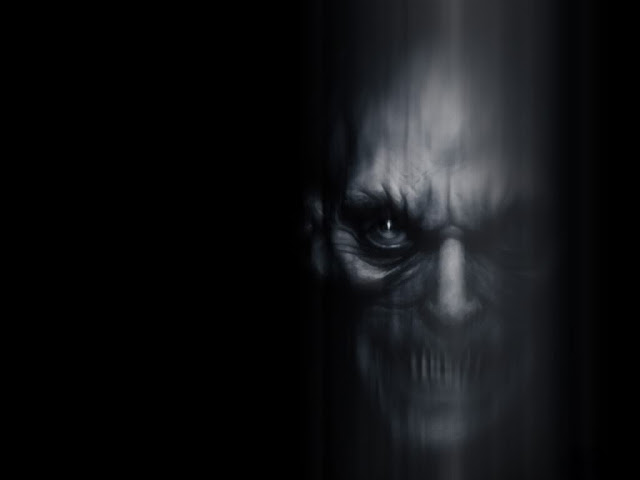 
"Evil had come. It came unannounced as Death often does. Once there it made a home for itself—a kind of nest.

The child knew it for what it was—the stinking shapeless hulk that sometimes spoke and laughed at her.

But maybe there were reasons it had come? The Church of the Blessed Virgin no longer saw her family’s faces on a Sunday. Papa said he couldn’t be bothered giving a few coins for the poor. “Who cares for us? I ask you that!”

Kataya supposed it was true, and so they just stopped attending. But she felt badly every time she passed the church because she’d feel the priest’s eyes on her. Sometimes she’d glance up and wave to him. He always waved back but regarded her sadly like something lost to him and to God.

They had been regular church goers when her mama was alive. But then everything changed. Perhaps that was part of it, what with mama’s early death-- she and the blue tinged infant son pulled from her bloody loins was as dead as she was. “A last gasp,” the midwife said, adding: “But the child never drew one breath.”

No, there was no reason to go to church.

The house was filled with shadows then--shadows and tears and sleepless nights too when Kataya would hear her father calling out for her mother.

But then he met the woman who became her stepmother.

Had her mama’s death and the baby’s started the whole thing? Had this evil entity come because of it? And if so, why?

It came when Papa left to look for work in Warsaw. Kataya hated being alone with her stepmother. Irina was cold and silent and had a way of looking through her.

No, she could not go to her to tell her about the evil thing. She would try to manage on her own.

“Who are you, why have you come here?”

Its answer was a thundering growl. When she first heard it she cowered in a corner afraid to move, but it spoke again: “I’ll be your friend if you like…”

She was willing to try anything. But it didn’t care. It began to show her it’s terrible powers.

She was transfixed for the thing appeared to morph into something else-- many other things—big and small, shadowy and light filled too. At last it turned into something with a myriad of different colored lights running through it.

“You can look beautiful if you want.”

It glowed when she said that and she smiled thinking maybe it was her imagination after all, perhaps it was some sort of angelic spirit sent to bestow good fortune upon her and her Papa at last.

And where was the stench? Something floral and beautiful had replaced it.

“Do you like me better now?” it asked in a gentle voice.

As she began to reply, it changed back in an instant—dark and nasty and stinking too.

Kataya was only eleven but she realized what had happened. A thing that horrible cannot assume a fake façade for too long. The truth always emerges from the best of camouflages.

“I shall leave the cupboard door open so you will leave.” she said. “I want you gone when I return from school!”

Had it laughed at her then, behaving as frighteningly as it had originally? She couldn’t be certain.

So off she went to school. But what if it didn’t leave? Might it kill her father?

It would have to leave before he came home!

It would not go. It told her in its gruff voice it had no intention of vacating her bedroom cupboard.

Night time was the worst. Who in their right mind would want to sleep in a room with a monster?

“What are you doing there, Kataya?!”

Big smile on the child’s face: “I am in here to sleep Stepmother, because I am warmer in here.”

Stepmother Irina was not known for her kindness. “Don’t be silly. This is our parlor such as it is! Get up at once and go to your room.”

If only she could tell her about the monster! But that was impossible. How could one monster understand another?"