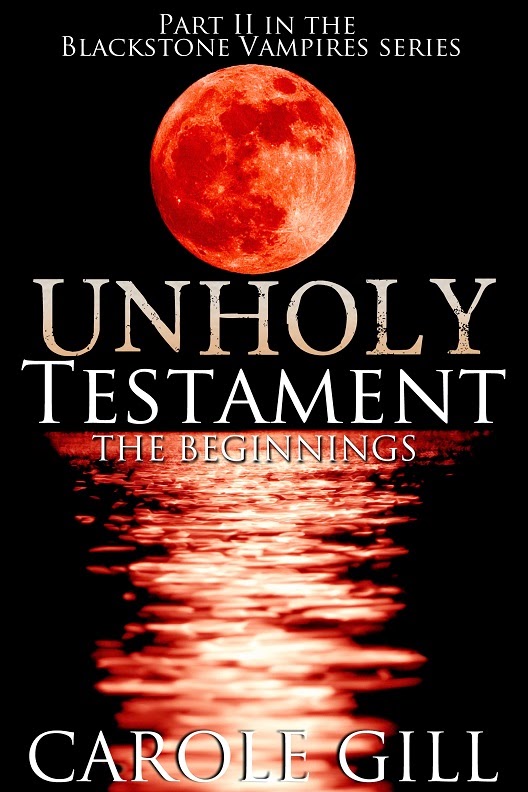 From The Blackstone Vampires Series:

Rose and her children find themselves held captive on a ship staffed by vampires, overseen by the mad and evil demon Eco. The last time Rose saw Eco he tried to destroy the children, and now he tells her he loves her.

From Ancient Egyptian vampire cults, Roman vampire brothels, The Dark Ages, The Crusades, The Black Death of 1348, on to his meeting with the child murderer and Satanist Gilles de Rais, and concluding with his wicked, blood-soaked affair with the Blood Countess herself, Erzebat Bathory. The pages are filled with debauchery, vice and murder – how can one stained with so much blood and evil possibly be trusted?

'92 Horror authors you need to read right now'
Carole Gill -- the Blackstone Vampires series
~Charlotte Books EXAMINER
.
"In the attempt to find the just measure of horror and terror, I came upon the writing of Carole Gill whose work revealed a whole new dimension to me. The figure of the gothic child was there. Stoker's horror was there. Along with the romance! At the heart of her writing one stumbles upon a genuine search for that darkness we lost with the loss of Stoker."
Dr. Margarita Georgieva ~ Gothic Readings in The Dark

Sold separately or you can buy all four novels for $3.99! 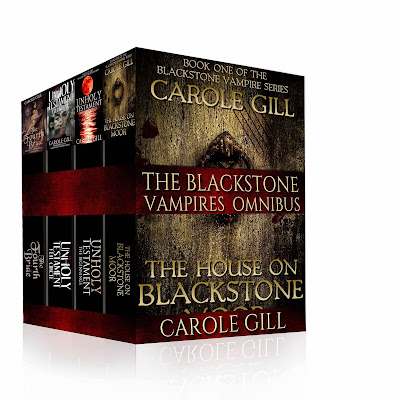 The Blackstone Vampire Omnibus
The entire series for $3.99

AMAZON
Posted by carole gill at 1:13 AM