Excerpt from the Fourth Bride! 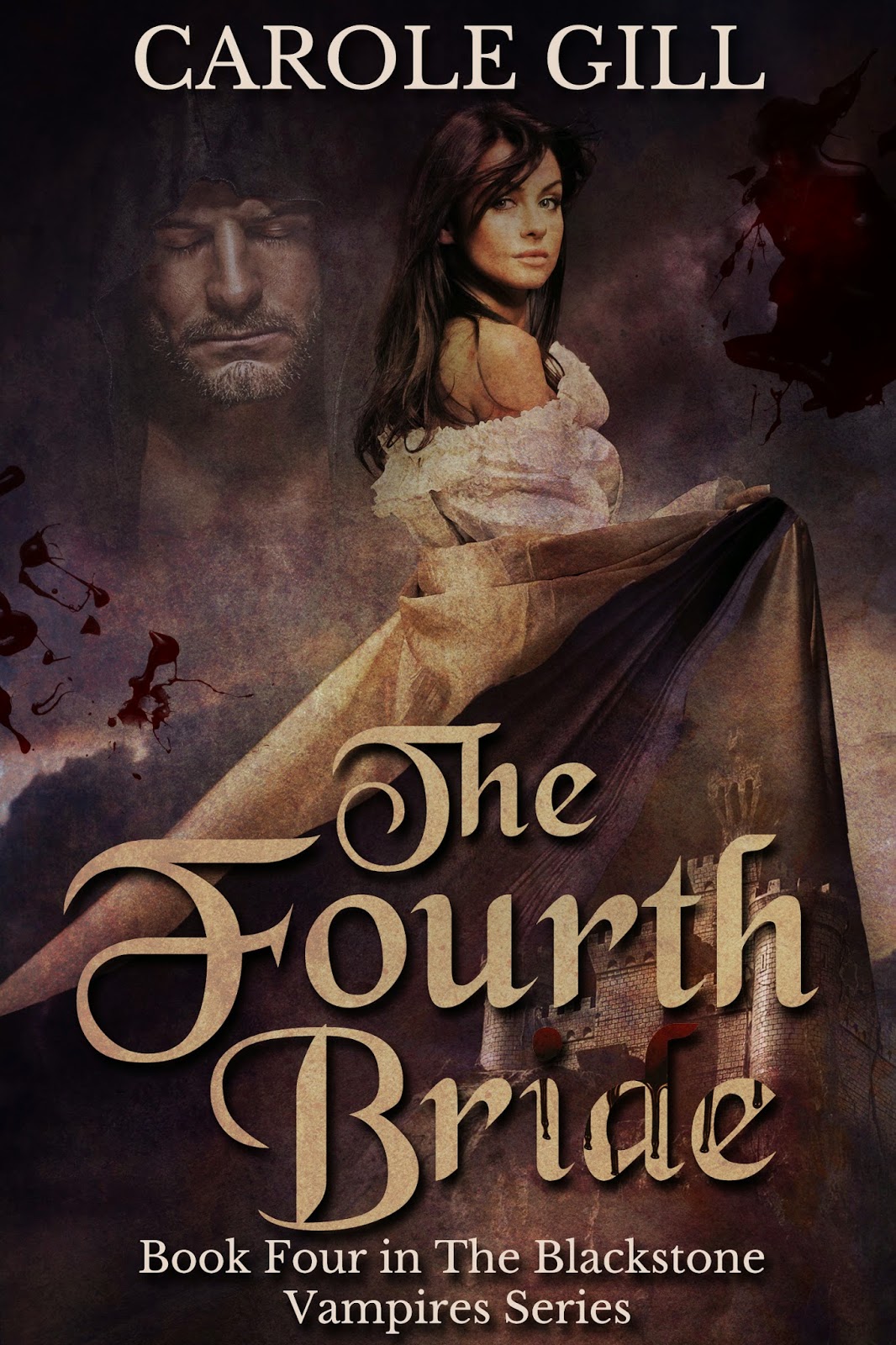 "We left the castle in the light of a full moon. I moved faster than I ever had before. In a moment it seemed I went from the castle grounds to the edge of the forest. How magical it felt. The great height of the mountain was meaningless when vampire prowess is involved. If I flew, Dracula did as well, soaring even more quickly in his bat form.

Just as we reached the base of the mountain, I slowed down so that I merely floated. It was a strange but pleasant feeling. If I thought we’d feed on wildlife, Dracula did not. He said we were bound for a village.

“The village is not far,” he said. “But we must be careful for we will not have the aid of the Szgany here.”
That had a great many implications, all of them serious. Still, we were not deterred; in fact, we were exhilarated, for there is pleasure in the hunt, an indescribable thrill in the stalking.

We came at last upon a small village. There were but a few whitewashed cottages and an inn. The latter drew our attention for it was full of chatter. The people sounded merry possibly the worse for drink.
I was excited. Their perceived vulnerability was like an aphrodisiac. I wondered where we would lie in wait, but then Dracula gestured toward a small courtyard. The place would fit our purpose, bathed as it was in dark, shadowy depths. I crept into a space to await my bounty.

“If you close your eyes, you can smell their blood,” he whispered.

As I did this I realized I could distinguish different sorts of people from one another: men from women and so on. I could even discern their ages. As I have come to think of it since, this blood scent is unique to each human being. Some were more interesting than others and I told him.
“They are drunk on wine...” he said.

I nodded and smiled for it was a heady scent I could almost taste. He asked me then if I could smell the passion in the blood. This surprised me. I hadn’t noticed anything, nor had I thought of it that way. But when he said it I realized I could!

“It’s tangy and salty all at once. I have often been led to people coupling just by that scent alone. Of course there are other scents along with that!” He waved me off. “Shh, they are coming.”

Suddenly, I heard the sound of a man’s voice and a woman’s. The girl giggled while the man whispered endearments to her. He then began to tease and coax her into coming along with him. Soon, they started to walk toward a house.

I heard the woman ask: “Is this where you live?” And the man replied, “Of course, I wouldn’t go to a stranger’s house.”

They thought that immensely funny and began to laugh. Just as they crossed the road, we rushed forward. Dracula grabbed the man and pulled him into the shadows as I took the woman. Neither cried out. They were too stunned. This was an early lesson I was to learn. “You can paralyze your prey,” Dracula had said. “Just be quick and feed well.”

This I did. I sank my teeth into the woman’s soft flesh. She began to shake as I sucked her blood—and I sucked a lot. It was good and sweet and tasted of spiced wine. She did try to pull away a few times, but I held her in an iron grip.

Dracula must have drained the man pretty quickly because he was soon by my side, kneeling before the woman. He began to feed on the other side of her neck and in other places, too, as he sometimes fed on me and the brides. I think he realized I didn’t like him to do that because he whispered, “Don’t be jealous, you do it too.”

I made no reply but instead sank my teeth into the woman’s breast and began to feed. This was not sexual. It is good to feed there because that is where heart is, that wonderful, blood-filled organ throbbing with life.
“Organs are best for they are like casks of wine to us...”
Yes, his words to me.

Suddenly, Dracula began to fondle me. To feed and be caressed at the same time is pleasurable in the extreme. When I knew I had drained the woman, I moved away. Then, in the shadows of these bloodless corpses and feeling every bit as evil as the other brides, I coupled with Dracula. Both our passions were raised by our feeding. Yes, it was true. The passion was most definitely in the blood.

Dawn had nearly broken when we left. So full of blood, we found it hard to move but move we did because we had to..."

(end of excerpt)
Purchase at Amazon:
In kindle and paperback