Background to The Blackstone Vampires: Evidence of Human Sacrifices! 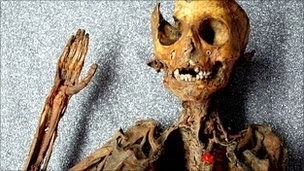 'A new investigation has revealed that human skeletons discovered in caves on the North York Moors were likely to have been the victims of ritual sacrifice 2,000 years ago.'
~BBC Report
27 June 2011
Those of you who have read my novel, The House on Blackstone Moor know that integral to the plot is the 'Legend of Blackstone Moor.' 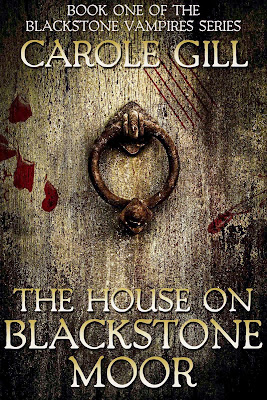 In the story the legend is pure fiction, however, I happened to come across this report from the BBC and I thought I'd share it with you.
Evidence of human sacrifice has come to light as human remains were found in caves in the North Yorkshire Moors.
I find this very interesting!
What gave me the idea of the human sacrifice originally was based on much evidence of human sacrifice in Britain and in Denmark. This evidence has come from human remains found in bogs and swamps.
By the way, look for a future blog post about that!
But this is even more startling to me because this is on Yorkshire Moors!
Please have a read from the BBC report:
A new investigation has revealed that human skeletons discovered in caves on the North York Moors were likely to have been the victims of ritual sacrifice 2,000 years ago.
A forensic examination of their bones, for the BBC's History Cold Case series, has revealed evidence that at least one of them had been scalped.
Human remains were first discovered in the series of caves, known as the Ryedale Windy Pits, in the 19th Century and further excavations took place in the 1950s.
While it has always been clear the bones had experienced some kind of trauma it has taken a new forensic investigation to reveal more about how these people might have met their deaths.
Evidence suggests the caves were used by people from the late Neolithic period, about 4,500 years ago, until the late Romano-British period in the fourth and fifth centuries AD.
Historians have long believed that people during this period participated in human sacrifice.
The BBC's History Cold Case programme features a team from the Centre of Anatomy and Human Identification at the University of Dundee.
The bones reveal signs that the victims did not die naturally.
Their investigation focused in particular on a tangle of 2,000 year-old bones, possibly those of a family, found in Slip Gill Windy Pit in the 1950s. It was a trauma in the jaw bone of one of the skulls which could have only been made with a sharp instrument and led to the first conclusion that the victims did not die naturally.

Professor Sue Black said: "The archaeologists tells us that there's a distinct possibility that there's a ritualistic element to the way in which these individuals have landed up in these caves."
To confirm that theory the team looked at bones found in neighbouring pits. Those too showed signs of blunt force trauma, confirming inter-personal violence as well as a shin bone which had markings that were consistent with the removal of flesh from bone.
Further examination of one of the skulls from Slip Gill showed similar markings, parallel cut marks, leading to the conclusion that at least one of the victims was probably scalped.
The cutting marks on the skull are the final piece of evidence that at least one of the Slip Gill skeletons was almost certainly ritually killed.
Professor Black concludes: "We've added a dimension to this that we never anticipated we were going to and in fact it's a first for me.
"I have never been involved in something with this sort of a ritual. At the end of the day the bones have the evidence and the evidence speaks for itself."
Moors, human sacrifice? It would seem to be the case. And what of those human beings, are their souls at rest, or--?!
Well, it's what I write about and it happens to be depicted in The Blackstone Vampires Series.

You can buy The Blackstone Vampires Omnibus! only $3.99 and get all four novels! 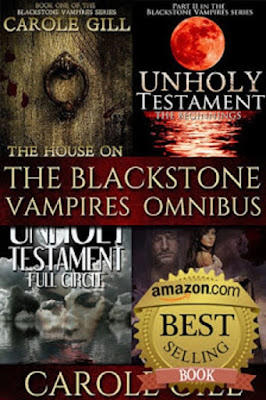