THE WALKING DEAD TV SERIES: HORROR AT ITS BEST! 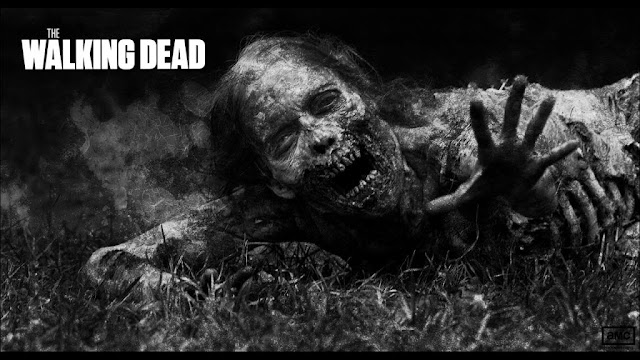 WOW! This series got me hooked from the first episode I saw! It's got it all, scares, zombies, fine acting and it's well-written. I am a horror fan and horror author. And I've been searching for good, solid well-made horror all my life! Most films disappoint I found. Although, I nearly always find something that I like in a film.

But THIS! This is one hell of a series and I say that because it's a lot more than flesh-eating zombies stomping around. It's much more. It presents itself realistically, as in WHAT IF?

The people who don't, for one reason or another, succumb to a horrific death by zombies cannibalizing them, develop and change in order to survive. And it's how they change that I find fascinating. The writers present those changes in a realistic way. Not everyone can become stronger without becoming vicious, nearly as bad as the monstrous zombies.

Rick has to be the best. He is the Adam of this horrific apocalyptic world. He sometimes weakens but never loses his humanity. He just carries on, supporting his 'clan' and they are a clan in the best sense. Each, their own person, warriors that know all too well how tenuous their survival is.

They yearn for normalcy, but accept it's not available and might never be. That hopelessness is the true horror of the tale. But then again, the horror is about people turning on one another, it's about cruelty, madness, sadism, to the point where some of the human survivors Rick's clan come into contact with, almost make the zombies look like the good guys! How's that for a layered, character-driven plot!!

Fighting to stay alive, protecting yourself, family and friends, losing tragically those you love, is at the core of it all. And then it seems no matter how much they fight, those zombies keep coming at them. And if they manage somehow to defeat them, the monstrous humans try to kill them.

I asked myself why? Why can't all the survivors just band together and fight a common enemy!
They can't. Not in this series. They can't because this series is different. It recognizes evil in its human form and how in the most dire circumstances, people's best and worst qualities surface.

I hope the series serves as a benchmark in horror. I hope it raises the standards of horror writing, acting and directing! I think it might if for no other reason than its success proves what people want. Please given them what they want!
Posted by carole gill at 3:23 PM