A Teaser From Work-in-Progress! 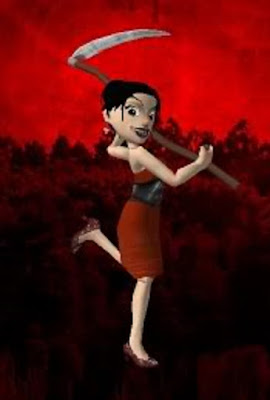 “Suffice it to say the corpse was all fucked up. There was no part of the bloody mess, previously known as Cassandra Nichols, that would indicate if it was male or female. I nodded. “True," I said. But I did follow protocol.”

The cops looked at one another. One of them made a note. The others put their hands on their guns. It was okay though because they already had me in restraints.

A nice ride in a shiny and surprisingly clean vomit-free police ambulance. My only complaint was the restraints could have been looser, but I didn’t blame them. I wouldn’t have trusted me, either.

They checked me in, there was paper work, an admitting procedure. A needle in my arm, I figured they wanted me unconscious. Safe as houses that way..."

Yes, I am working on this and I'm enjoying it. It's a different but so am I.