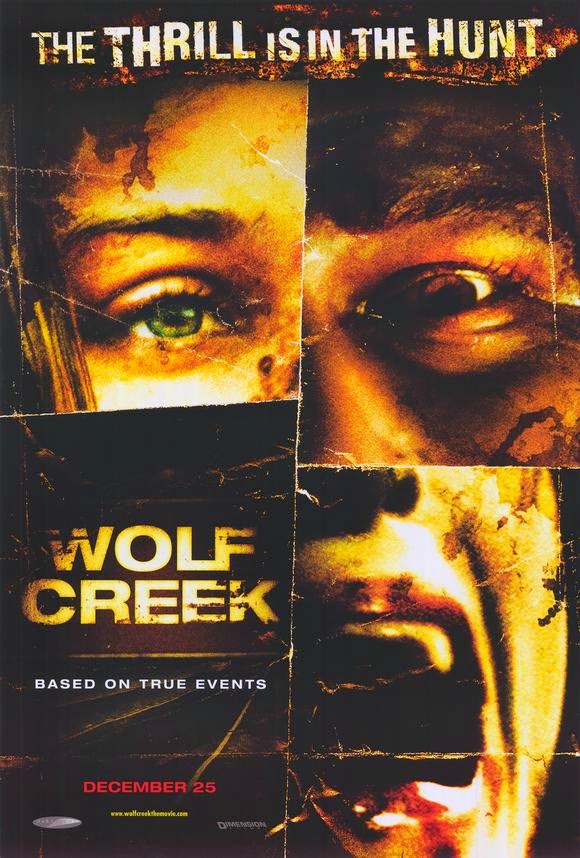 For sheer terror this is a must-see for any horror fan.

Most horror films don't scare me but this film starring Australian actor, John Jarrett as the lunatic from hell, left me frightened out of my mind. I do not scare easy. I write very dark fiction and frankly, more often than not, I'm not affected by what I tend to read or watch in film. Not so with this one!

Jarrett was a little too convincing in the part! I shudder whenever I see him in other films. He was brilliant in this! Really.

The thought that there are, among us, real monstrous killers, sadists, evil people capable of the worst violence and torture is what terrifies me. The stranger anyone can stumble across when they're the most vulnerable, is one hell of a horrifying thought. Can you think of anything more terrifying?

Here's the trailer for a good taster:


There's a lot of room in Australia for a lunatic to exist unnoticed. Just the way it is. A country which is a continent has the vastness to provide such an opportunity. Since first viewing this film, I could not stop thinking about that. About what it would be like to have no neighbors within miles. You could do anything. You were free to exist as you liked, however you liked. And if you were a murderous psychopath—well, the mind boggles.

The abduction of British tourist Peter Falconio and the assault of his girlfriend Joanne Lees in July 2001 by Bradley John Murdoch in the Northern Territory, are cited as one of the influences. This hit home with me because I live in West Yorkshire, and used to pass the newsagent's shop that Peter Falconio's dad owned.

I always say that the monsters among us is the reason I write horror.

The plot of the film is simple. Three backpackers travelling through the outback, sadly meet up with a lunatic called, 'Mick.' That's when the horror begins. There is nothing more horrifying than knowing you're trapped and there is no way out. No screaming will help; this is a dark world you have stumbled into. The king of the castle answers to no one. Only the king happens to be the murderous psychopath who has you in his clutches.

I don't like torture films. In my opinion, this film does not fall into that category. It's above that. It doesn't need to be sensational; it's put together too well. And because it is, it is the most frighteningly real depiction of violent lunacy and entrapment I have ever seen.  It's the horror that exists throughout the world. It's the horror that has always been there, somewhere. We can, if we're lucky, avoid it but it's out there.

The next time you read about people disappearing with no trace ever being found of them, I bet you will think of Mick. The others in the cast: Cassandra Magrath, Kestie Morassi and Nathan Phillips are excellent as the hapless backpackers.

The film isn't based on one true story, it is influenced by the Falconio case and the Ivan Milat Backpacker murders. This isn't just something out of someone's head and because it isn't, it has the very uncomfortable feel of reality and unimaginable horror.

Confession: I've only seen the film once. It lives in the DVD cabinet, feared and ignored but there; its presence disturbing enough. Just knowing it’s there is unnerving. I write horror and have seen many horror films in my time but this one got to me the most. It is darker than dark. It has redefined terror. It is the stuff of nightmares but unlike a dream, it can happen. I guess that's the most frightening thing about it.

By the way, Murdoch's trial was still under way at the time of the film's initial release in Australia, and for this reason the Northern Territory court placed an injunction on the film's release there in the belief that it could influence the outcome of the proceedings. Many continue to be misled into thinking that the entire movie is based on one true story. It isn't. It is influenced by other murders around Australia, like the Ivan Milat Backpacker Murders and the Peter Falconio murder case.

Watch the film and you will feel the evil. Really!