HOW DO YOU TAKE YOUR GOTHIC ROMANTIC FICTION? 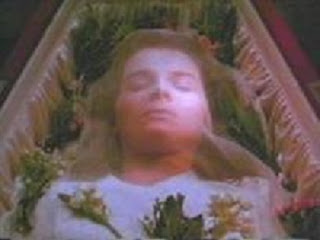 Do you take it dark with a twist of weird on the side?

Why is that? Why do many of us find Heathcliff (Wuthering Heights) so compelling? Why are we caught up in his angst as much as we are?

Remember the horrific scene when he opens Cathy’s coffin? We condemn it, it’s too awful to contemplate but we understand his awful dilemma: he cannot bear the world without her!

I’m a big believer in using my characters’ motivation to write my fiction. My fiction is character-driven and my characters’ reasons for doing things give me the story, despite the outline. Yes, I do outline and certainly do for each chapter. Yet, their characters become so real to me. Often I have modified certain things (because they wanted me to). No, I'm not nuts or if I am, I don't care. I find the reality of the characters steer me, guiding me along.

Take Stephen King and his novel, Misery: A lunatic and a man unable to get away. And she gets furious with him! There is so much tension, it's palpable. His characters are so vivid and deeply drawn, we are pulled into his world. He's the writers' writer.

With regard to Heathcliff of Wuthering Heights, he is so tortured, and unhappy. His one love, Cathy does not marry him or leave with him for a variety of reasons, one of which I think is what caused controversy upon its publication. Are they related?

Emily Bronte wrote her classic novel well aware of motivation affecting the plot. Angst, heartache, desperation are the ingredients in great romantic novels, and we know with regard to horror, that horror and romance can go together.

Further on this point let us contemplate whether horror and romance is more exciting the more twisted it is. But hang on! Doesn’t horror have to have something twisted in it or it isn’t horror?

Someone remarked that the classic Gothic romantic book covers of times past were always so intriguing but they never delivered on the darkness aspect, the implied dark of the cover. They seemed to promise more but somehow it was less than many readers hoped for.

I want those sorts of readers never to feel that way with my fiction!

From the feedback I’m getting, I’m being assured that my aim in redefining Gothic romantic fiction is right.

It’s time to push the boundaries. Time to put a dark twist on the sorts of Gothic romance that went before, that our mothers and grandmothers read.

Our world is dark and dangerous. There are mass shootings, there's terrorism, And it seems to be getting worse. We see and read of it daily. There are wars, atrocities, and horror in day to day life, as well.

Certainly our horror fiction must reflect the times we live in.

Steven King said: “(We) make up horrors to help us cope with the real ones."

That is so perfect!

Many of the great classics of Gothic romance were penned before World War 2. How can our horror fiction not be dark after the Holocaust? And in more modern times, there have been other genocides. There probably always will be.

Dangerous relationships, dark deeds—intriguing plots with twists and turns, the removal even of comfort zones: that’s what we want! That’s what I want, and I am endeavoring to do it with my fiction.

My latest novel will be out shortly, It's very dark because it's about Erzsebat Bathory, The Blood Countess. It has been delayed because of my husband's sudden death. Many of you know and I thank you for your support.

UPDATE: Sent it off to editor this weekend! Creativia will be publishing it soon. Please stay tuned!
June 19th
Posted by carole gill at 5:46 PM