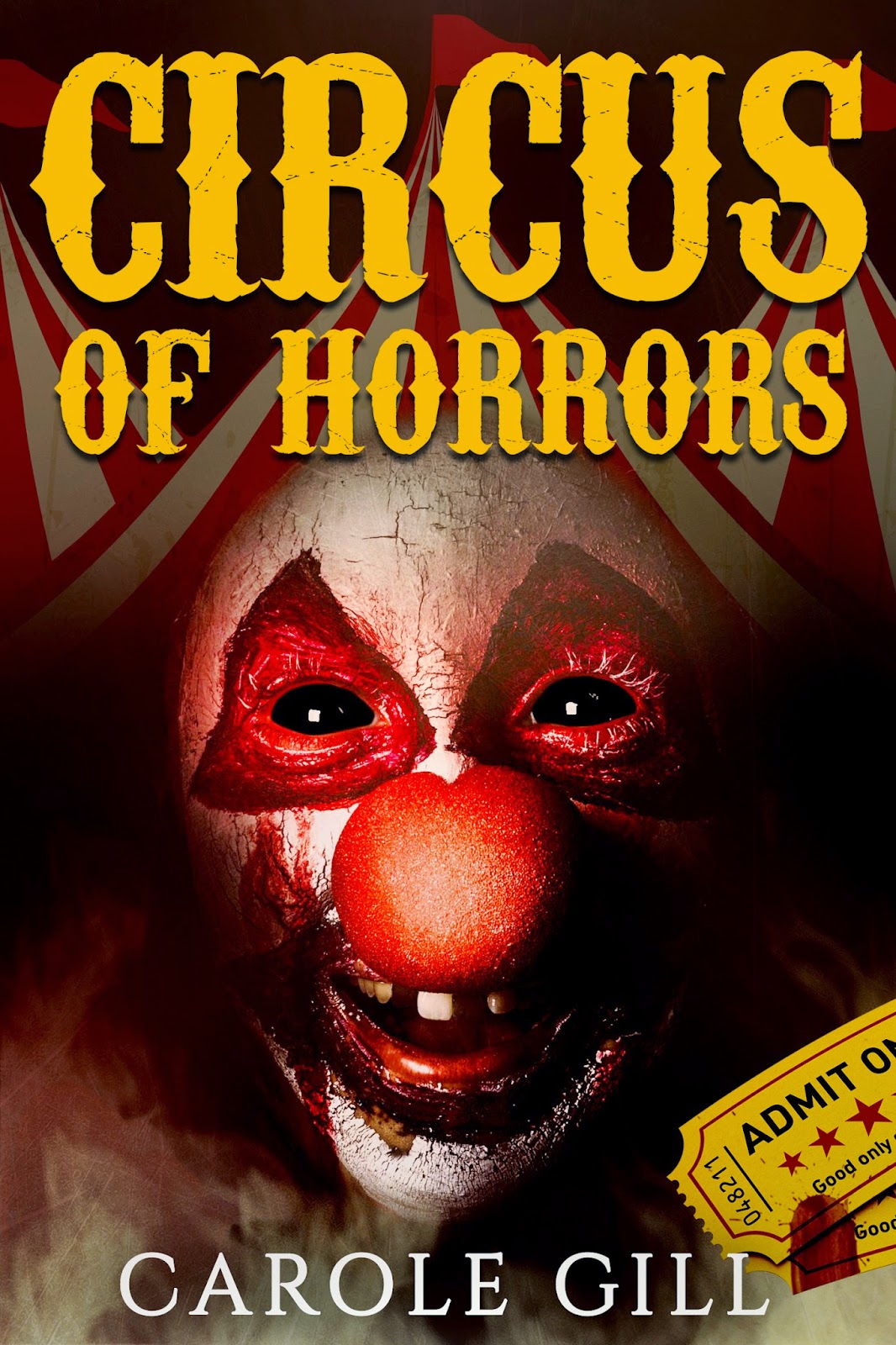 Fred was up early. Old Pa rose usually at dawn, which was really annoying. Then he’d have a good fart festival and coughing fit, after which he’d give his son a grateful toothless grin. Dressing next, which generally went smoothly. Then, if the weather was nice, Fred would help him outside. It was nice so they went out.

Al and Hank were already there. They had a fire going. “Water’s hot,” Al said. “You can have your tea.”

Fred thanked them and brewed a cup for his dad and himself. Then he sat the old man down and took a seat between him and the boys. “Sleep well?”

They did although Fred could see they looked worried. He knew why. They were all concerned about the same thing; where the hell to go next.

“It’s good to cool our heels awhile though...”

Yeah, they all agreed. Well, what else were they going to say?

They didn’t speak for some time, not until the clowns began to emerge. They weren’t wearing their clown makeup, which always startled the hell out of Fred. Al and Hank were less shocked as a rule. Good thing Baby Alice wasn’t up yet because she hated to see them like that, although she’d try not to show it.

It was a funny thing about the clowns but they were always polite—scarier than fuck but polite. Fred greeted them. “Water’s hot.”

They each mumbled something and took their coffee. Happy commented on the sunny morning and Fred answered him, trying carefully not to look repelled by Happy’s skin or his mates’.

It wasn’t easy. Of the three, Happy was the most disfigured. His face displayed a roadmap of his horrendous childhood and young adulthood. It told the story of brutality and unimaginable violence.

The clowns met in the Storeyville Orphanage in Georgia. The place was infamous for brutality.

The cigarette burns had long since healed as they had on the others, but the scarring from razors and broken bottles was particularly bad. There was copious scar tissue which had turned deep purple. Jagged lines of it covered his face and ears, too. Poor fucker.

They decided to wait for Baby Alice, but before she came out, the clowns had swallowed their coffee and applied their makeup. They liked her enough not to upset her. They surely didn’t feel that way about everyone though.

Fred got the eggs ready. He was already frying them when Alice emerged. “Aw, Fred! You got eggs, ain’t that nice!”

“You guys deserve it. I have rolls, too.”

It was like heaven for them, what a treat. They had some money now; that is, Fred did and he was feeling generous.

He enjoyed serving them, and when Happy thanked him and really looked as though he meant it, Fred was delighted.

“We have to make plans later. I mean we can stay here a bit longer…but we’ll have to hit the road some time.”

They knew they would but where would they go? This had been the topic of conversation for a while now. Even in that last place they’d stopped at.

“Any ideas?” Baby Alice asked as she ate. Her table manners were impeccable, considering she loved food so much.

Florida had been mentioned and as they were already in Alabama, it wouldn’t be out of the question to head that way. Still, Fred wasn’t sure. He wanted everyone’s opinion.

There was a lot of shrugging and sighing. No one really knew what to say. Al finally said one place was as good as another.

Everyone agreed. But that still didn’t edge them closer to an actual decision. Of course, that really lay with Fred. He glanced over at Old Pa, who seemed a bit out of it today, more than usual. Now he was kind of smiling to himself.

“What’s funny, Dad?” Fred asked this in the nicest possible way.
The old man winked. “I been thinking about some old jokes I remember. Serves to make my whole day bright.”

When Fred asked if he could tell them any, Old Pa’s smiled faded. “No, they just cleared out of me head now, they did. If they come back, I’ll tell ya!”

Okay…had to be okay; there was no other way. Just then, Al and Hank started to argue. The boys got along pretty well as a rule. This was unusual. They fought over a woman, which was funny because Hank just wasn’t interested in dames. Fred didn’t know much else, not that it was his business.

He did think Al and Alice liked one another and that was why she was staring at him now. Since she was, he was denying anything had happened. But Hank shook his head. “You lie! I seen you both—her with her legs spread and you pumping her as hard as shit! I seen your butt cheeks wiggle, you were using such force!”

They both stood to fight. Fred told them to stop it. They agreed. “Look, that’s past history, fellas, right?”

It was true. Al agreed so much he was already giving Baby Alice the come on. Fred wasn’t surprised when they went for a walk and didn’t return for an hour. And when they did, they were both red in the face.

Baby Alice was giggling something fierce but so was Al. Maybe, Fred thought, something could come of it. If only Baby Alice could lose some of that lard, it would be easier for Al when he was in the clinches.

Hank looked over and rolled his eyes a few times at Fred but it was funny more than anything. Even Al chuckled.

“We have to know when we’re leaving, right, Boss?” Noble wanted to know and so did Danny. Happy had fallen asleep.

“I’ll tell you by dinner time, how’s that? Got us some burgers.”

“Not human, you pain in the ass,” Fred said. “Fucking cannibal."

"Wonderful Horror with a side order of ribs."
5 stars!