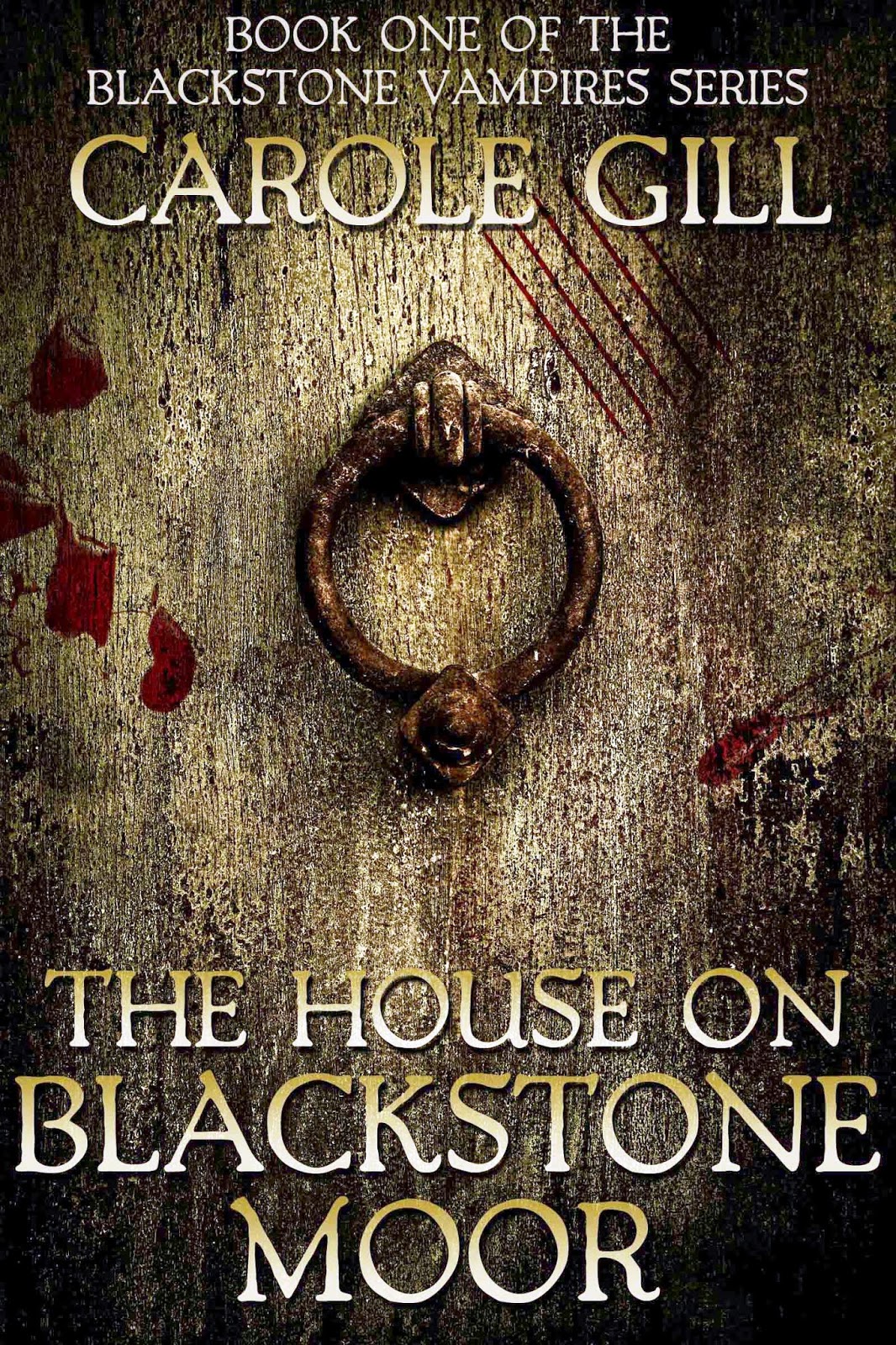 "They say my father was mad, so corrupted by evil and tainted by sin that he did what he did. I came home to find them all dead; their throats savagely cut. My sisters only five and eight were gone as well as my brother who was twelve. My mother too lay butchered in her marriage bed. The bed her children were born in...-

After young Rose Baines discovers the savage murders of her family by her mad, incestuous father, she is plunged into a nightmare of hell and incarcerated in two madhouses. In time, she is helped to obtain a position as governess at Blackstone House. Nothing is as it seems for Blackstone House, and its inhabitants have numerous secrets. Amid the unimaginable horror there is love - which comes at a terrible price.

The House on Blackstone Moor is the first novel in Carole Gill's Blackstone Vampires Series. It is both a tale of the eternal struggle between good and evil, and a story of love that strives to prevail, despite all odds.

"With that in mind, I decided to go to sleep and if I didn’t wake up, what did it really matter? I fell into a heavy sleep but woke during the night. I had the distinct impression that someone had entered my room—no doubt a genuine lunatic. I recalled the words of the grim-faced attendant who told me about the violent ones who were kept in a separate building. Had they grown tired of staring at the cemetery? Had they in fact somehow escaped their ward and were now standing in my room watching me, ready to hack me to pieces? I did hear breathing. Not even breathing either, but heavy breathing—a man’s breathing.

I shall just lie here and not open my eyes. Not challenge him, perhaps he’ll go out… I heard him move. That is, I heard a footstep, then another. The breathing became louder—he was closer. No! Please go away. Don’t hurt me. Was this lunatic holding a knife or a razor perhaps? When would I feel the slashing? Suddenly, I felt fingers upon my neck. Not in a grip but softly touching me. No, not me, I realized—they were touching the collar of my shift to draw it down! And as it was pulled down I felt the chill in the air as my body became exposed. A hand then—hot, probably with misplaced passion, touched my breast, held it and squeezed it.

Go away! Please, I don’t want your hand there! But the touch grew more ardent and the breathing more labored. And then he grunted. “Mmmm!”
No don’t, please. But there was more, much more. I felt his hand begin to reach under my shift. That was when I screamed. I screamed like I never screamed before. I yelled with all the strength I could summon and didn’t stop. An unending cacophony of shouts of anger and hurt, of grief and fear—all of it fueling my shrieks as if to bring the place down around me. Many people came in—attendants and even Dr. Bannion, disheveled and breathless, who said he was working late, came in. “What happened?”

I told him. “Please sit with me. I cannot be alone!”

He sat and told me how sorry he was. “I shall have a thorough search done. Now I shall give you something to calm you.”

He did, the familiar sting and the sensation of something warm began coursing through my agitated body, calming me. It was like heaven. I allowed myself to smile and, I thought, at least it was a stranger. At least it wasn’t my father..."


purchase The House on Blackstone Moor for $2.99

or purchase all four novels in this acclaimed series for $3.99

Email ThisBlogThis!Share to TwitterShare to FacebookShare to Pinterest
Labels: carole gill, the blackstone vampires series, the house on blackstone moor