The Nightmare Begins in Book One! 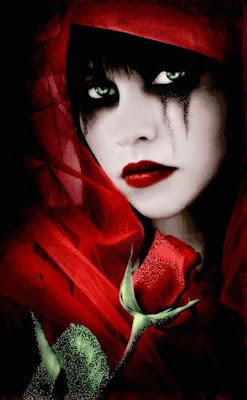 The nightmare began long ago in Rose's childhood. The sin that started then eventually brought her to Blackstone House and the vampires...


"It all started shortly before I fell asleep. I heard the sound of carriages and people chattering and I went to the window to see. It was hard to see much as the carriages were probably near the front door.

I could have waited to see them as they rode down the drive to head back from whence they came, but truly I was far too tired to bother and went back to bed.

I fell asleep then and didn’t wake until I heard shouts and raucous laughter.

I will admit to being nosey, for I returned to the window. A light shone upon the moors, bright enough for me to see figures emerge from the shadows. I saw the figure of a naked girl rush out giggling…with a man in pursuit. At first I thought they were going to kiss but then he moved toward her neck—and she cried out, not in pain but in pleasure. He then laid her down upon the ground, kneeling too but not in an intimate way—for he was bent over her neck.

Not more than a moment later a swarm of hooded figures appeared, but they were not walking! They flew like a flock of birds, gracefully, gliding up and down, before landing upon the girl. They covered her completely—moving back and forth upon her like a great black wave.

If that was fearful I wasn’t prepared for the next sight, that of a cloaked figure leading a goat onto the moors.

A circle formed around the goat and chanting began, chanting that grew wilder. And then all of a sudden, the goat turned into a man! I could not see his face, but I did see he was unclothed.

Mrs. Darton appeared then. She seemed to glance up toward the house. I knew she couldn’t see me; besides, she looked past my window toward Louis’ window.

They all began to move then in the direction of the altar stone the children had shown me.

It grew quiet after that but then I heard a blood curdling scream and I saw someone rush out, pursued by two others. It looked like a young girl, but she was caught and pulled back. I must have fainted then.

I don’t know how long I was unconscious but I woke to find myself in my bed. Dora was sitting in a chair. “Mr. Darton sent me Miss because you were screaming.”

“Yes Miss, having a nightmare I expect.”

Could I have dreamt it all? I didn’t think so. “But I saw something, Dora.”
“What did you see, Miss?”

Her voice wavered and I thought she was getting ready to lie but I went on. “I saw something strange on the moors.”

She began to fidget with her hands just then. “What exactly did you see?”

I told her. She shook her head. “They have some people over but they haven’t been out to the moors, at least I don’t think so.”

“There’s something out there Dora, I’m not stupid or insane. I’ve seen a lot of activity out there. Does it have something to do with Mr. Darton’s club or whatever it is?”

She yawned then and stood up. “I am tired now, Miss and as you seem well enough I shall take my leave of you.”

I was too annoyed to say anything. I just watched her slip out and close the door.

No one was going to make me feel unsure of myself anymore; I was going to be stronger than that. I was determined to find out for myself what had happened, for something had.

And so I stole out to the moors in the direction of the altar stone. I stood there for some moments wondering where they had all gone, but then I noticed what looked like a tunnel. I could hear laughter and talking--screams and other sounds too, coming from somewhere deep inside. I decided to see what was happening.

I did finally emerge back onto the moors, only to be grabbed again and pushed to the ground. A girl held me down, a girl I recognized, a girl whose chin was caked in blood.

She was Imogene, the nasty one from the club. She reached for me and bent over me. “I will show you pleasure, I will show you worlds you cannot imagine!”

At first I didn’t realize what she was doing, I only understood when she looked up and smiled. “Virgin blood, sweet to the taste!”

I don’t remember screaming. All I know is I was soon surrounded by a sea of anxious faces..."


“The figure of the gothic child was there. Stoker's horror was there. Along with the romance! At the heart of her writing one stumbles upon a genuine search for that darkness we lost with the loss of Stoker."
DR. MARGARITA GEORGIEVA ~ Gothic Readings in The Dark 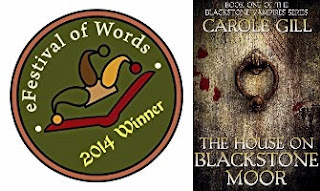 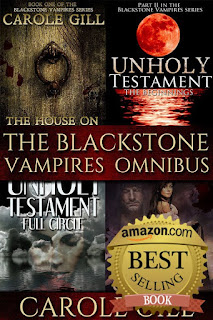